Metro Vancouver officials have decided to go ahead with a plan to invest $2 billion for transit and road improvements, partially funded by the federal and provincial governments.

The project, which represents "Phase One" of a 10-year plan for Metro Vancouver, was approved Wednesday by the Mayors' Council and the TransLink Board of Directors.

A statement from TransLink said the plan will bring "noticeable improvements" to the region, including an increase in bus, HandyDART, and rail service across Metro Vancouver. TransLink will also add a new SeaBus to the fleet servicing Vancouver and the North Shore.

In addition to new vehicles and rail cars, the money will go to consultations and "pre-construction" of the Broadway subway and Surrey-Langley light rail, and improvements to major roadways in the cities. It will also cover expansion and improvements to cycling and pedestrian pathways, the statement said.

The plan will be funded by a $370 million contribution from the federal government, $246 million from the province. The remaining $1.3 billion will come from TransLink's existing funding resources, "as well as new regional revenues including modest property tax and transit fare increases."

The plan will roll out in January 2017, at which time the mayors and TransLink will begin development of a plan for Phase Two, a process that includes public consultations.

More information on Phase One of the plan is available online. 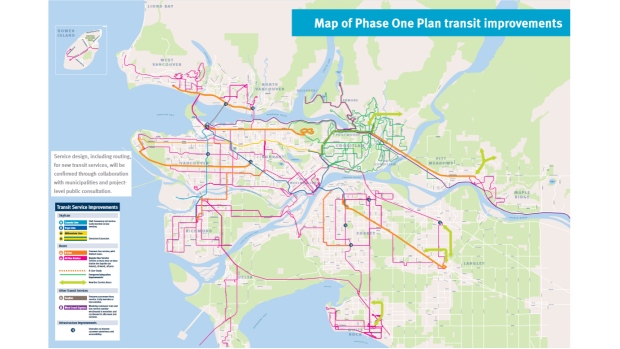 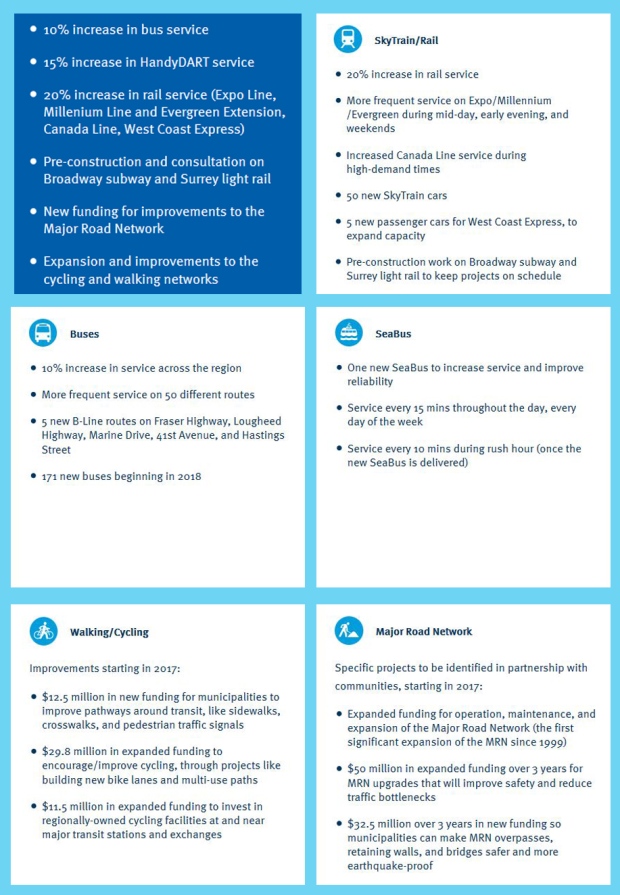