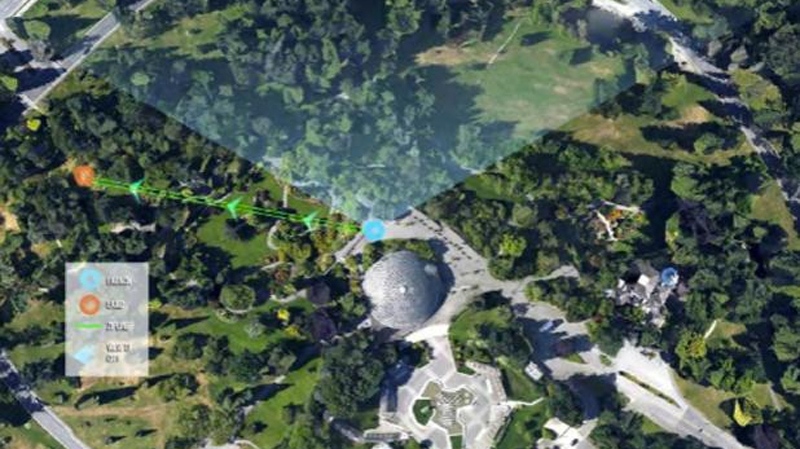 The zip line would operate from May until September and cost between $15 to $20. (Vancouver Park Board)

Visits to Vancouver’s Queen Elizabeth Park could be a lot more thrilling this summer if the park board approves a proposal to install a zip line.

Greenheart International, a Vancouver-based company with extensive experience constructing canopy walks and zip lines, approached park board staff about operating the attraction this summer to ring in the park’s 75th anniversary.

The company already operates a zip line in Whistler and the canopy walk at the UBC Botanical Garden.

If approved, the new zip line would launch from the west side of the Bloedel Conservatory, travelling over the adjacent quarry garden and landing 190 metres away. The line would be 152 metres above sea level and take in stunning views of downtown Vancouver and the North Shore.

The proposal says the noise generated by the zip line is under 50 decibels, which would mean it wouldn’t be heard more than six meters away. The operator maintains there will be no negative environmental impact, and the materials will “blend well” with the conservatory.

The zip line would operate from May until September and cost between $15 to $20.

The zip line will be discussed at the April 27 park board meeting. If it’s approved, the city will still have to issue a building permit. Greenheart says it will purchase liability insurance.