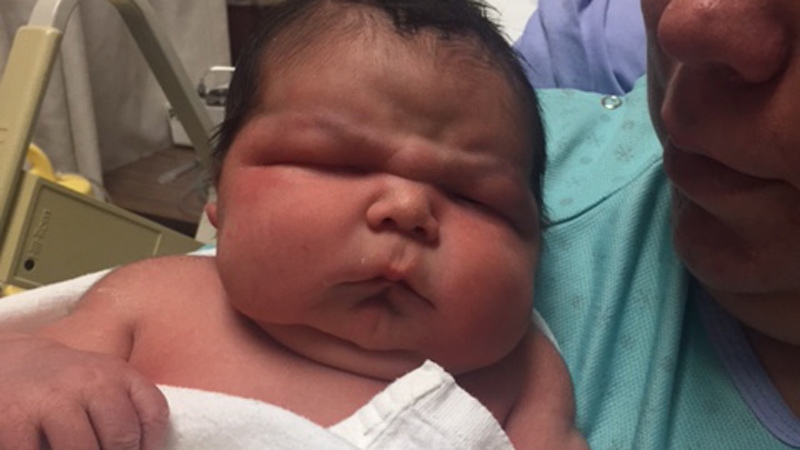 Shawn Tyson Williams Burgoyne weighed in a 13 lbs 9.5 ounces when he was born on Monday, May 15, 2017. (Provided by Interior Health)

A baby born at a Cranbrook, B.C. hospital this week is thought to be the biggest ever at the facility, weighing nearly 14 pounds when he entered the world.

Shawn Tyson Williams Burgoyne was born at the East Kootenay Regional Hospital on Monday, and tipped the scales at 13 pounds, 9.5 ounces.

The average birth weight in the province is around 7.5 pounds, with babies typically weighing between 5.5 and 10.

Speaking to CTV News from the hospital two days after his birth, Baby Shawn's mother Colleen said the pair are "doing awesome."

The Fairmont Hotsprings resident said she's healing well, and her chubby-cheeked tot has a healthy appetite. 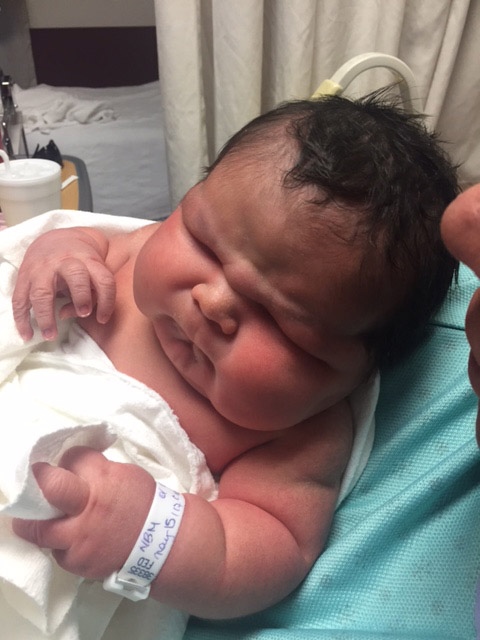 Shawn was two weeks early. His mother had scheduled a C-section, but was admitted to hospital on Sunday because she'd been sick with a cold and flu.

"I was kind of ready," she laughed.

She'd been uncomfortable in the last few weeks of her pregnancy, but said she had no idea there would be so much of Shawn to love.

"I had an ultrasound a couple weeks before and it said that he was 12 pounds but they said it's not that accurate, so my doctor thought he was 10 or 11 pounds," she said.

According to Interior Health, a staff member who's worked at the EKRH for 17 years told CTV that he's believed to be the biggest ever born in the hospital. 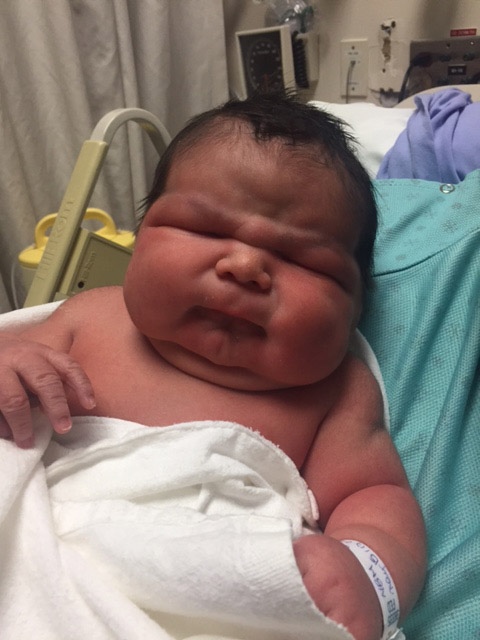 "When I first saw him I was just so shocked by how big he is and how he's just so chunky and cute," Colleen said of the moment she first held the big baby.

"He's a really good baby. He has a loud cry when he wants to, he knows what he wants."

Shawn is Colleen's second baby, and his big brother weighed nine pounds when he was delivered.

She said the boys have met, and the older brother gave Shawn a kiss on the head. The boys are less than a year apart, but she thinks he's happy to have a little brother.

Colleen said staff at the hospital "just adore" Shawn, and she hopes they can head home together in a couple of days. 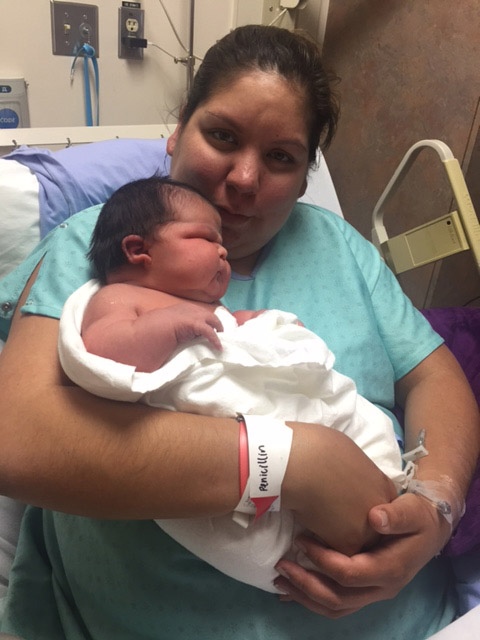