Young moose rescued after getting stuck in bridge near Peachland 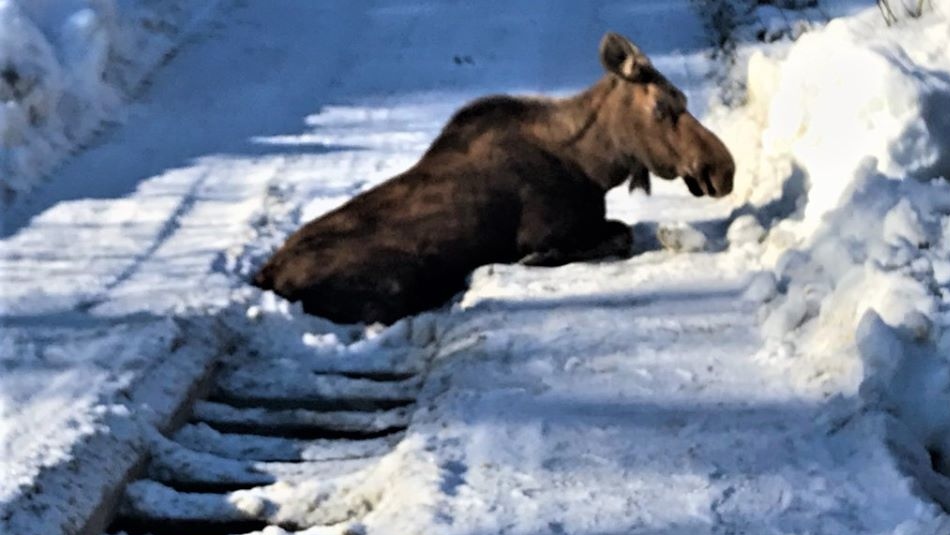 A young moose needed to be rescued after it got stuck in a bridge near Peachland on Monday. (BC Conservation Officer Service)

VANCOUVER -- A B.C. landscaping crew was in the right place at the right time when it came across a young moose stuck between the slats of a bridge near Peachland.

The crew from Sunnyslope Landscape, a local construction and landscaping company, came across the animal on Monday morning while on their way to a project. Its hind legs had slid through the rungs of a bridge, and it appeared to be stuck. 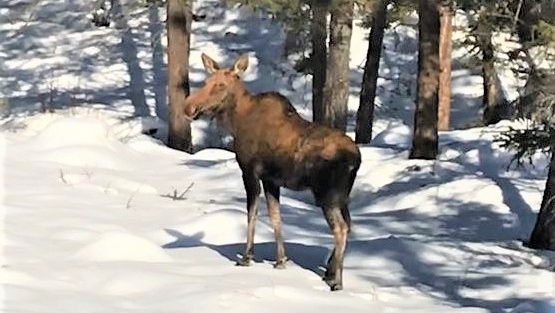 "When I got up there, I recognized that it wasn't able to get up," said Josiah Macleod. "So right away I got up, carefully approached it because they can be quite dangerous, and saw that it was definitely trapped. It was trying like anything to get out."

Macleod then walked under the bridge to assess how badly the animal was injured. He took some photographs of the moose and then called the BC Conservation Officer Service. But instead of leaving things in their hands, Macleod realized he might be able to provide more help.

"I said, well, I do have a bobcat on the back of my truck, it so happens. So if you guys tranquilize it, pretty sure we can get some straps under it and lift it up and get this thing moved to freedom," he said.

The moose appeared to have been stuck for hours and did not have enough strength to pull itself out, according to a statement from BCCOS. But officers were eventually able to tranquilize the animal and then used Macleod's bobcat loader and slings to lift the moose out safely. It was later released back into the wild. Macleod said BCCOS was grateful for his assistance and he said he's happy he was able to help the animal.

"Your first thought is, how do we fix this situation? How do we make this better for the animal so that it's out of here safely?" he said. "I could have said to conservation, I'm out of here. But I believed that I've got the item that's going to make this actually happen."

Macleod said this is the first time he's ever seen anything like this before and he'd like to see slats on similar bridges connected more closely to prevent an animal's legs from falling through. But he said if he does come across an animal in distress again, he'd happily offer to help in the future.