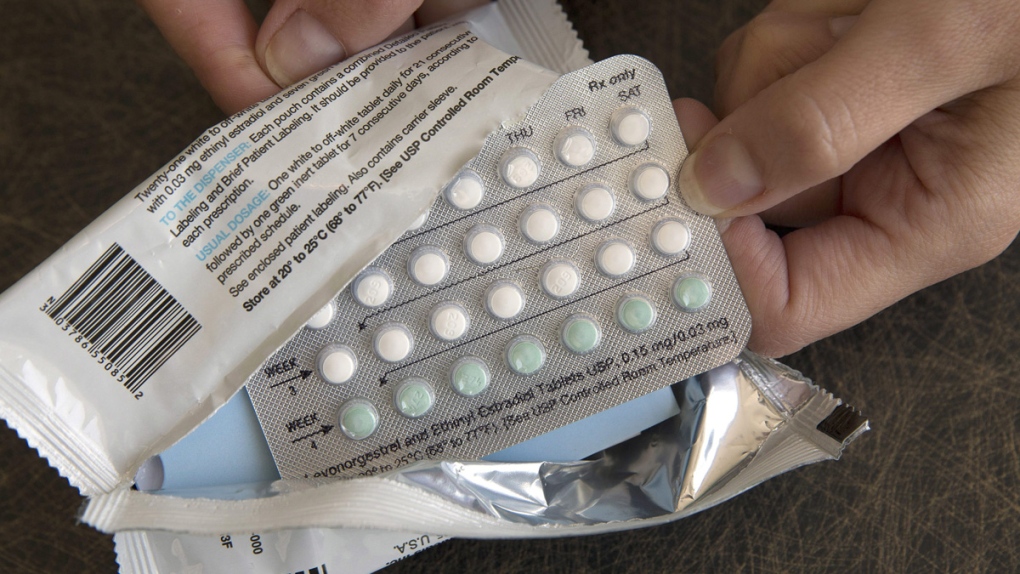 VANCOUVER – A new study out of the University of British Columbia has found that young, low-income women in Canada are less likely to use effective methods of birth control.

The research, published Wednesday, found low-income women were more likely to use no contraception at all or condoms only, as they may be unable to afford accessing the full range of contraceptives available in Canada.

"We know that access to contraceptives is something that benefits public health by allowing people to plan pregnancies and plan their families according to their life circumstances," said Elizabeth Nethery, lead author of the study and a PhD student in the UBC school of population and public health in a news release.

"But our research shows that there may be cost barriers that could be potentially improved when it comes to contraceptive care in Canada."

Canada is one of the only countries that has universal healthcare, but doesn't have universal access to contraception for women.

The United Kingdom, New Zealand and Australia all have universal contraceptive care.

The study looked at data collected from the 2009 to 2010 and the 2013 to 2014 Canadian community health surveys, and compared sociodemographic factors like household income among women who used contraceptives. The data specifically looked at sexually active youth between the ages of 15 and 24 who were trying to avoid pregnancy.

Oral contraceptives, injectable contraceptives, condoms only or a dual method were included. Data on intrauterine devices – or IUDs – was not available because the surveys did not include questions about them.

"Not only does access to affordable contraception reduce the number of high-risk pregnancies and support women to achieve healthy spacing between planned pregnancies, it also benefits our public health system by decreasing avoidable health-care spending associated with unintended pregnancies," said Wendy Norman , senior author of the paper and associate professor at UBC's department of family practice.

"Unfortunately, among the contraceptives currently available in Canada, we find that the more effective methods are also the most expensive and the least utilized, especially among disadvantaged populations."

According to the UBC study, birth control pills cost up to $50 per month and are about 94 per cent effective. Condoms are about $1 each, but they are only 85 per cent effective in real-life conditions, which means 15 out of 100 people who only use condoms will get pregnant annually.

Injectable contraceptives are about 96 per cent effective and cost as much as $150 for a shot that lasts three months. Finally, IUDs are understood to be 99 per cent effective, but cost the most upfront. A hormonal IUD can be $300 to $350 and last for five years, while copper IUDs cost about $80 and can last up to 10 years.

A 2009 national survey found that 30 to 40 per cent of pregnancies in Canada are unintended.