You can attend a Vancouver Canucks game during the pandemic, but only as a cardboard cutout 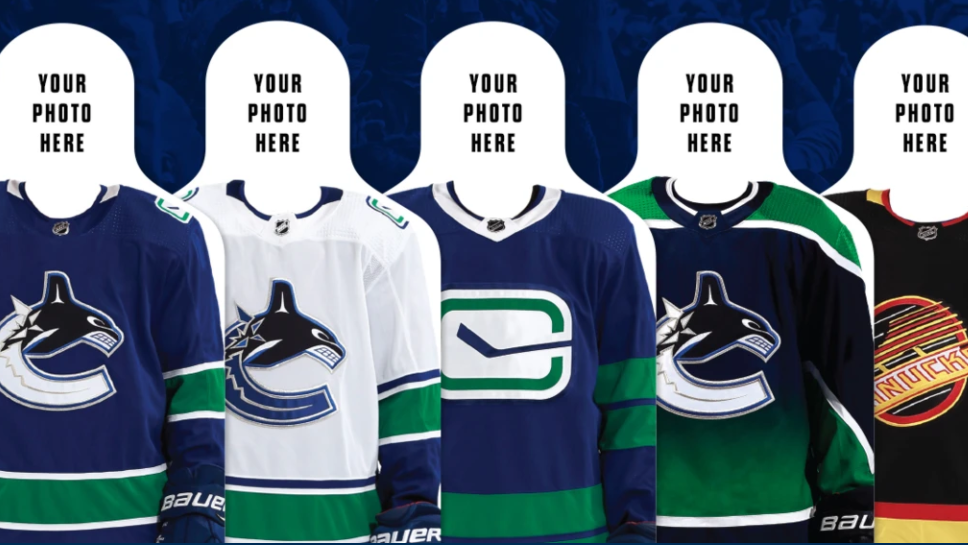 Canucks fans can pay to have their face on a cardboard cutout. (Canucks-cutouts.com)

VANCOUVER -- Canucks fans missing the thrill of watching games in-person can now show their team support in another way at the arena.

The 2020-21 NHL season has been far from normal, with Canadian teams only playing against each other in a new North Division.

Even that dramatic shift has had its own constant adjustments, including games being postponed when a COVID-19 outbreak swept through the team.

But with players returning to the ice, the Canucks are set to host the Edmonton Oilers on Friday in the team's first game since March 24 and fans will soon be able to cheer the team on from the stands as a cardboard cutout.

For $125, fans can upload their photo, following specific submission guidelines, and select a jersey from five different options. The package includes free shipping of the cutout after the season and a $50 gift card for either Vanbase or the Canucks Marketplace.

The cutouts will be arranged in seats based on the order of purchase and some may be featured during broadcasts. Due to league guidelines, they won't be visible during play, however.

"The 2021 season is not quite the same since you, the fans, are not here to attend in person," a post on the Canucks' website says.

"But that doesn’t mean you can't be here in body (well, sort of) and spirit, supporting your Canucks in the final stretch of this very unusual season."