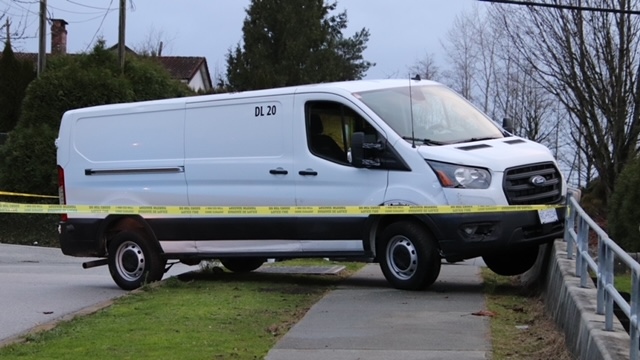 VANCOUVER -- A woman is dead after a runaway delivery van veered onto a sidewalk in Surrey, B.C. Tuesday afternoon.

There was no one behind the wheel when the white cargo van started rolling downhill on 144 Street shortly before 3 p.m.

The vehicle hit at least one car before jumping the sidewalk, where it struck a pedestrian.

Firefighters and paramedics tried to resuscitate the woman, but were unable to save her life.

They said the person who was supposed to be in control of the van remained on the scene and is co-operating with their investigation.