Witnesses sought after pedestrian struck and killed in Richmond 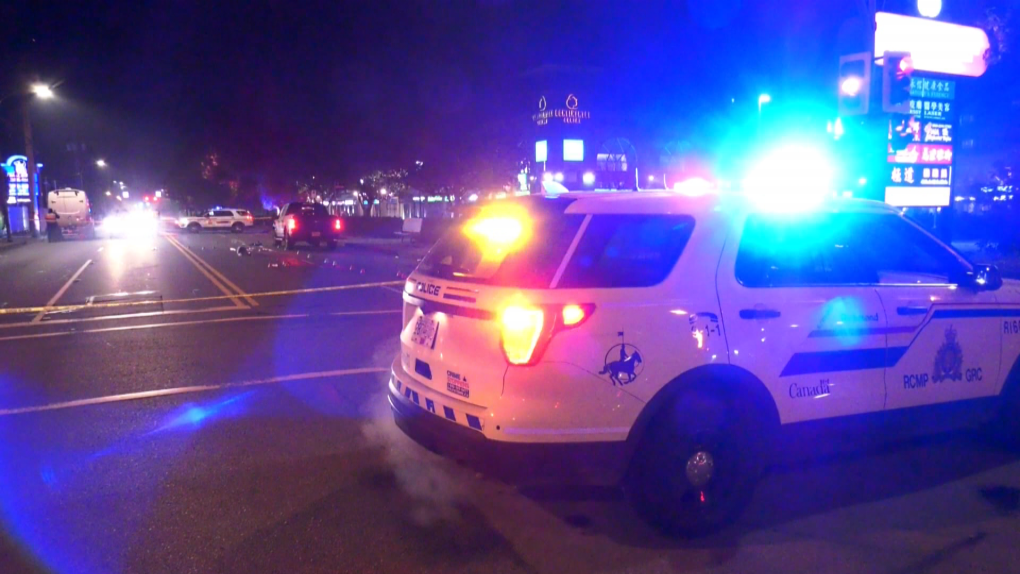 Richmond RCMP respond to a pedestrian accident on Cambie Road in the early morning hours of Sunday, Nov. 1, 2020.

VANCOUVER -- Police are appealing for witnesses after a pedestrian was struck and killed in Richmond over the weekend.

Authorities said the pedestrian suffered life-threatening injuries after being hit by a pickup truck on Cambie Road early Sunday morning, and has since died in hospital.

Richmond RCMP have released few details about the circumstances surrounding the collision, but said the driver has been co-operating with their investigation.

"Pedestrians are encouraged to use marked crosswalks when possible, and to make eye contact with the driver before crossing a road so they know to stop for you,” Const. Kenneth Lau said in a news release Wednesday. "It is especially important now, with rainier days and longer nights affecting driver visibility."

Authorities have not released the pedestrian's age or any other identifying details.

The individual was struck at around 12:30 a.m. in the 8500 block of Cambie. Richmond RCMP asked anyone who saw the accident or has dash camera video from the area to contact the detachment at 604-278-1212.