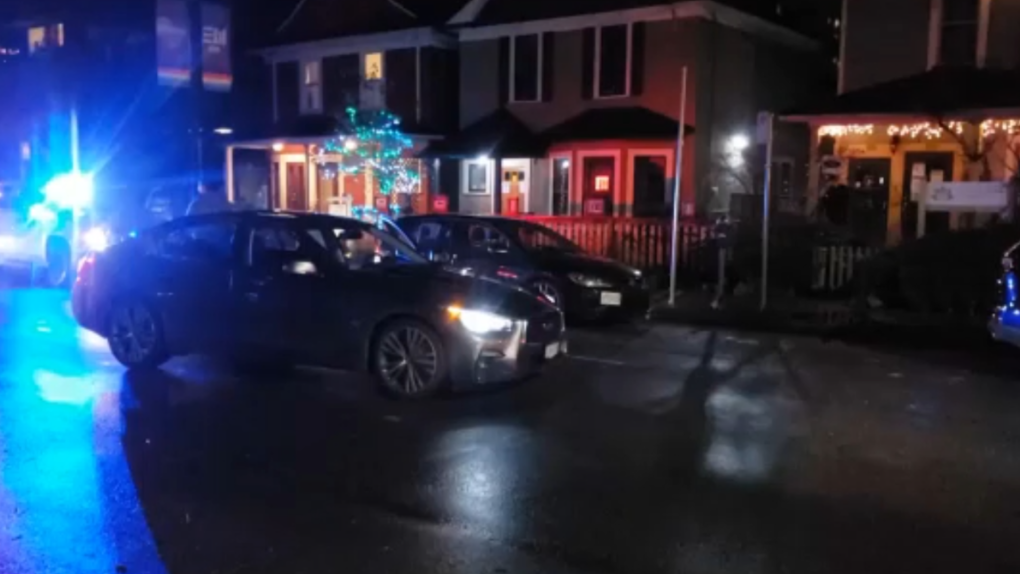 Carl Austin lives close to where officers had gathered and said in an interview that he heard “two bangs” around 11 p.m. When he went to his window, he saw “cop car after cop car.”

At least two videos of the incident show a large police presence on Thurlow Street near Davie Street. In them, officers with guns drawn appear to be focusing on something on the ground.

A man who lives in the home where the action happened spoke with CTV News Vancouver about what he saw, but did not want to be identified for fear of being targeted.

“I opened the window and I saw a bunch of police officers running towards our residence,” the man said on Sunday. “The guy tried to get around the side of our place but it was locked, the gate, and then they had him down on the ground. They arrested him and read him a bunch of charges.”

Later in the day on Sunday, after CTV News asked her to respond to witness accounts of an arrest, Visintin said in an emailed statement that the department’s emergency response section had been called to help execute a Canada-wide arrest warrant. The heavily armed officers were called in because police believed the suspect was armed, Visintin said.

The man was taken into custody and there is no risk to the public, Visintin said.

Another witness, Matthew Stewart, told CTV News he was leaving the Shoppers Drug Mart on Davie Street Saturday night when he saw police officers hit a suspect with something.

Stewart says he followed as the man ran toward Thurlow Street and started recording video on his phone.

“(The suspect) jumped the fence and he was getting wrestled by all the guys right there at the dispensary,” Stewart said.

The witness who chose not to be identified says it was all over in about one minute.