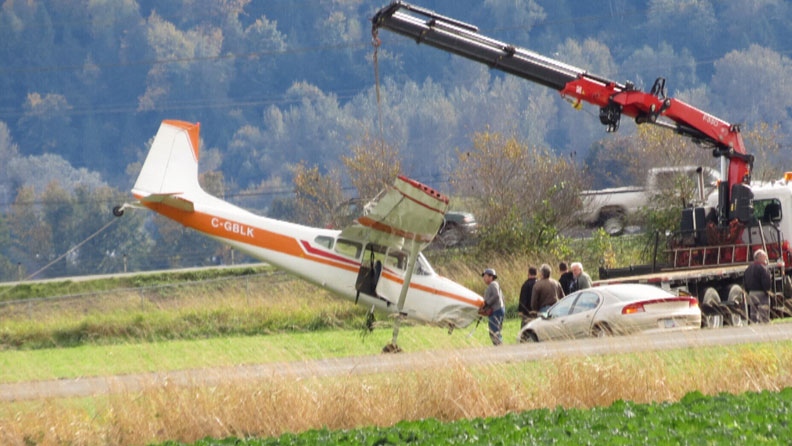 Four people were on board a plane in Chilliwack, B.C. Saturday when strong crosswinds caught the aircraft and pushed it into a water-filled ditch.

The small Cessna plane touched down safely at the Chilliwack Airport just before 1 p.m. before it was hurled into the ditch.

The four people managed to climb out of the aircraft on their own and no major injuries were reported.

The plane was towed to a hangar where it will be inspected.