Wildfire northwest of Merritt, B.C., still burning out of control 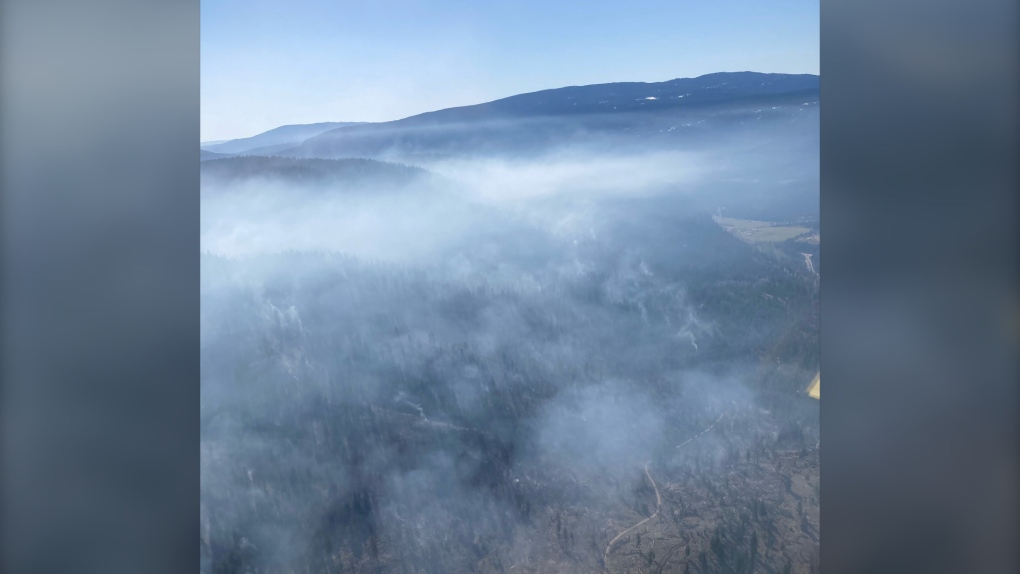 A photo from the BC Wildfire Service shows the Petit Creek wildfire in April 2021.

The BC Wildfire Service says a wildfire in the southern Interior is still burning out of control.

The service says 42 firefighters were at the scene Tuesday, 18 kilometres northwest of Merritt.

Two helicopters and two pieces of heavy equipment are also being used to bring the one-square-kilometre fire under control.

An evacuation alert issued Sunday by the Thompson Nicola Regional District remains in place, affecting 54 properties in Canford and the Miller Estates Subdivision.

Heavy equipment is constructing guard around the fire perimeter while crews & the helicopters continue with suppression efforts & water delivery. This incident is a Wildfire of Note on https://t.co/gJcJEU6ETf and updates to the fire can be found here: https://t.co/MerL5eqFoZ