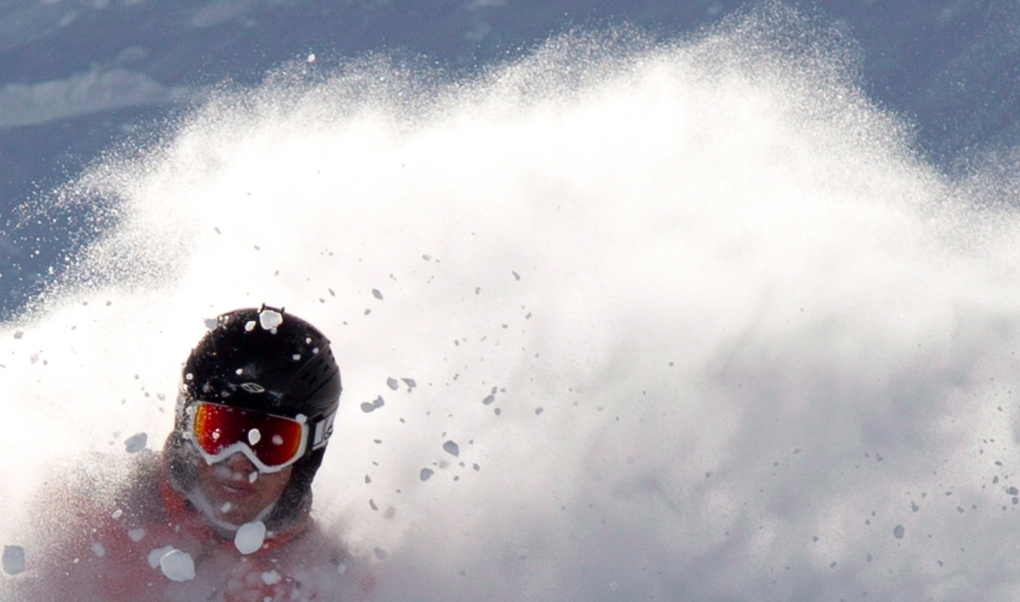 A sit skier plows though the snow during a powder day off of the Peak Chair on Whistler mountain in Whistler, B.C. Wednesday, April 4, 2012. THE CANADIAN PRESS/Jonathan Hayward

The frigid winds from the north and east last week and the weekend's snowfall created unstable slabs of snow that are not bonding well with mountain surfaces, especially in the Whistler area, Ilya Storm said Monday.

“Conditions are not typical for this part of B.C.,” Storm said in an interview from Revelstoke. “The snowpack structure is not typical. The location of the problems in the terrain are different. People should be going out with some extra caution over the next little while because we don't think this is going to heal very quickly.”

Whistler RCMP reported two deaths and several injuries after skiers and snowboarders were caught in separate avalanches in the Blackcomb Glacier and Brandywine Bowl areas.

Police said Saturday they responded to four serious search and rescue calls and asked skiers and snowboarders to avoid the backcountry.

Storm said the cold weather and snow created a snow pack with an upper layer similar to a sugar crust that breaks off easily.

“The picture I'm painting right now is one of tricky conditions,” he said. “It's consistent with the idea that the snowpack structure and the conditions in the mountains are unusual, tricky and quite potentially surprising.”

People can still head into the wilderness, but must be cautious and know the area they are visiting, Storm said.

“It's a time to be really cautious because conditions are quite likely not what people are used to in the south coast area,” he said. “There's a reason why we say anybody who goes into the mountains should have an avalanche course, should have some training and should have the gear and know how to use it.”

The Avalanche Canada website lists the avalanche danger for Tuesday in the alpine zones in the Sea-to-Sky region as considerable, meaning dangerous conditions are present and human-caused avalanches are likely.

“If you don't have that (avalanche) education and experience then you shouldn't go into the mountains,” said Storm. “You should be staying in bounds in ski areas.”

This report by The Canadian Press was first published Feb. 15, 2021.