What's next in B.C.'s battle against COVID-19? Premier says more info to come 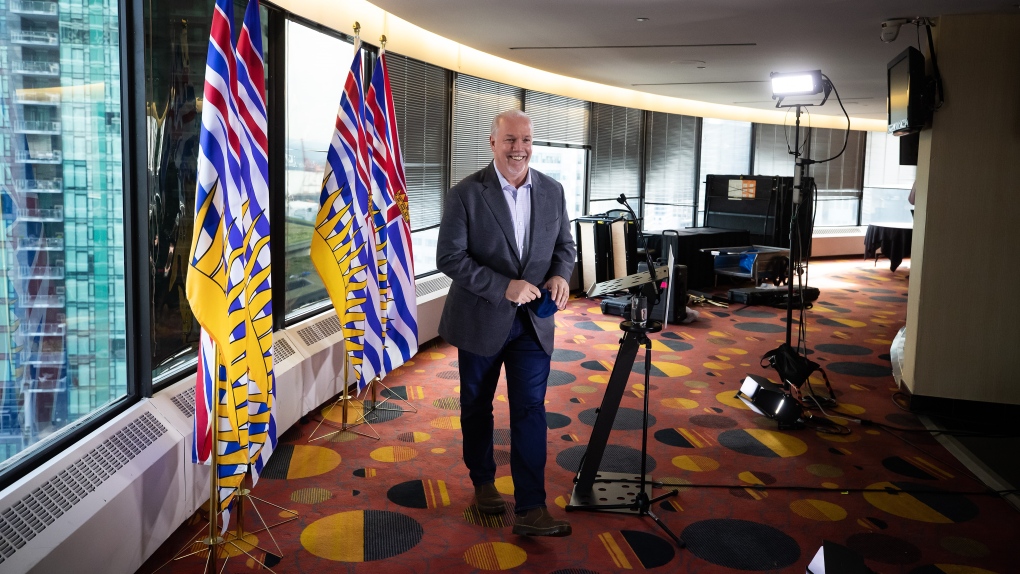 B.C. Premier-elect John Horgan smiles as he leaves after a post-election news conference, in Vancouver, on Sunday, Oct. 25, 2020. (Darryl Dyck / THE CANADIAN PRESS)

VANCOUVER -- As British Columbians watch some daily numbers dip in the province, including daily and active cases, they may be tempted to stray from the rigid public health orders currently in place.

But the premier says there's "a lot more work to do" in the fight against COVID-19 before residents of B.C. can and should relax.

Speaking to media at a news conference Thursday, John Horgan noted what he called a decline in cases over the past few weeks.

He thanked those who are still following the rules as B.C. tries to "battle this virus in our own way, in our own communities, but we have a lot more work to do."

He described the conference as an update on what the government's been doing in the first two weeks of the new year, and what's coming up next.

So far, he's taken part in a ministers' meeting with other provinces, which included how the other leaders are handling the novel coronavirus.

He said cabinet has been focused on a range of issues including economic recovery and long-term challenges the disease will present.

They'll be taking part in a two-day virtual cabinet retreat Thursday and Friday which will focus on strategic planning. In addition to the pandemic response, this retreat will include discussions on inequality, child care and housing.

"I think British Columbia stands very well positioned to take off as we put the pandemic behind us in the months ahead and start focusing on getting back to a place where we can enjoy the splendor and bounty of British Columbia and ensure that we address those fundamental challenges that have been here for a long, long time," he said.

Horgan said more information on the province's vaccine roll-out strategy will be provided in a news conference with the health minister and B.C.'s top doctor next week.