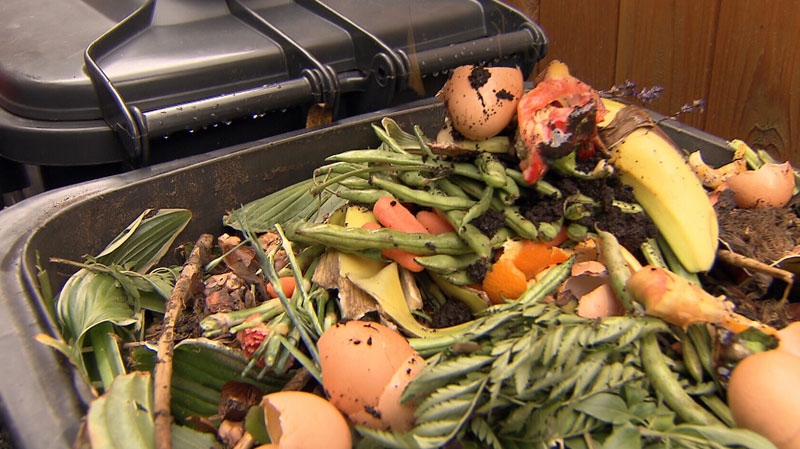 In January 2015, Metro Vancouver implemented an organics disposal ban and between then and the end of 2018, around 1.6 million tonnes of organic waste have been diverted from the landfill.

Most single family and multi-family homes now have an organics collection program, but the regional authority says residents can do better.

"Thanks to the combined efforts of residents, businesses and member jurisdictions, our region remains a leader in North America for waste diversion," said Jack Froese, chair of Metro Vancouver's Zero Waste Committee in a news release.

"However, we can do even better – especially when it comes to green bin etiquette for avoidable food waste and plastic."

As part of its new campaign called "Hey! Food Scraps Aren't Garbage," Metro Vancouver has included a list of resources to help residents understand what can and can't go in green bins.

For example, they explain that certification standards allow plastic to be labelled as "biodegradable" or "compostable" if it breaks down a certain amount over a minimum period of time under specific conditions. But not all commercial facilities operate in that way.

"Plastic bags, containers, produce stickers and cutlery, even those labeled 'biodegradable' or 'compostable' may not break down fully at compost processing facilities and can contaminate the finished compost," Froese said.

Among the other tools are tips for making composting easier and cleaner, including how to refresh a multi-family building's recycling room with proper lighting and easy signage.

Metro Vancouverites might also notice a team of new mascots, "with 'scrappy' new characters like Mr. Avocado Shell, Ms. Pineapple Top and Dr. Red Pepper to remind people that food scraps belong in the green bin," a statement from the regional federation says.

Food waste itself is also being targeted as results from a 2018 research project found that 57 per cent of waste placed in the green bin could have been avoided. The most common items tossed out unnecessarily were leafy vegetables, apples, bananas, leftovers and dairy products.

"Diverting food waste to the green bin is better than sending it to a landfill, but preventing food from being wasted in the first place is an even better way to lessen our impact on the environment," Metro Vancouver says.