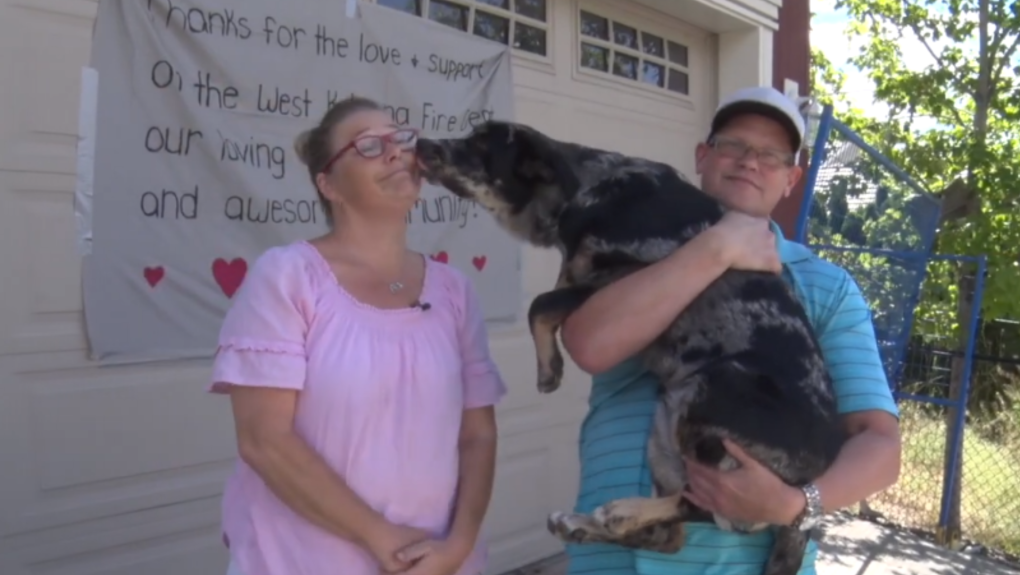 Michelle Hemingway and her family are thanking their West Kelowna community for supporting them after a house fire Aug. 6, 2020. (Castanet)

VANCOUVER --  A sentimental heirloom was one of the only items salvaged from a West Kelowna house after a fire destroyed the property last week.

And now, her home in ruins, Michelle Hemingway is thanking her neighbours for helping her family through the crisis.

"Everything was crashed down around and burnt, except for my mom's china cabinet," Hemingway said in an interview with Castanet. "Not even the glass was broken."

Hemingway and her husband were camping when flames took hold of their house around 10:30 a.m. Aug. 6. The fire is considered accidental, according to Castanet.

West Kelowna Fire Rescue knocked down the fire, preventing it from spreading to nearby homes. They also put out a grass fire, which could have quickly grown out of control in the dry summer conditions.

Racing back from their campsite, Hemingway drove up her street to see crowds of people watching the black smoke billow from her home. That same community has become her salvation, she said.

"First off, you never think it’s going to happen to you," said Hemingway, noting it's in her nature to give to others rather than accept the generosity of strangers. "What have I done to deserve this from people I’ve never met?"

Neighbours have also donated dog food for Zoey, the puppy belonging to Hemingway’s daughter, Megan. The dog started barking and alerted Megan to the fire that had broken out behind the house on the deck.

"Zoey kept sticking her nose up in the air and smelling and then she would bark, and my daughter Megan thought that was really odd," said Hemingway.

She is thanking the people who have stepped up to donate items and food as well as money. She is also grateful to the fire department for putting out the flames in time to preserve several family photographs and her precious china cabinet.