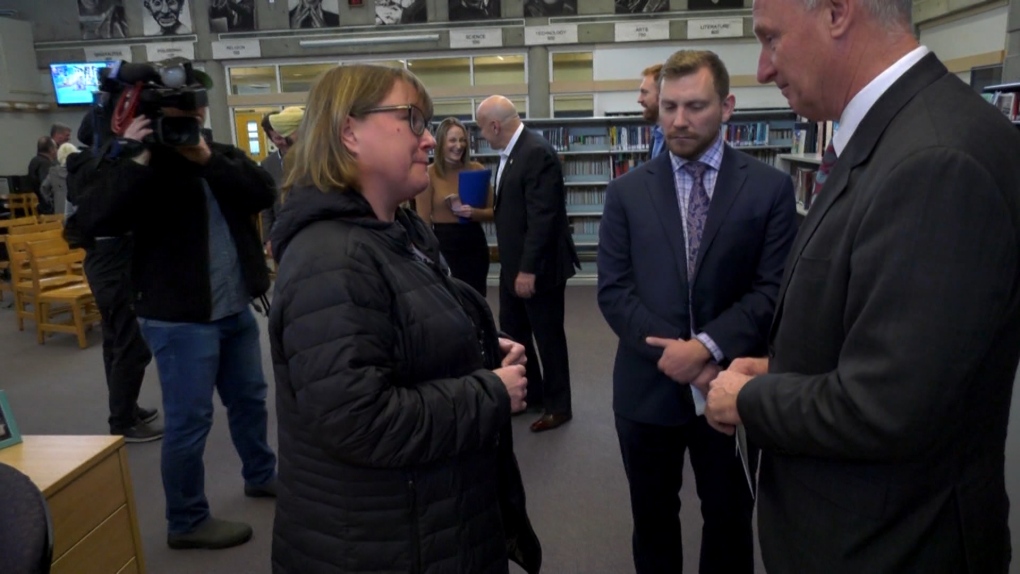 VANCOUVER -- Darlene Bennett feels like her city and her family are once again under attack.

Bennett’s husband, Paul, was murdered in their driveway in 2018, in what police called a case of "mistaken identity," and since then, she’s become a vocal advocate for public safety.

"I don’t want anyone else to live through this pain that my family is going through," Bennett said on Thursday. "It’s not fair. It’s not right."

She’s also been an outspoken critic of Surrey’s transition to a municipal police force by 2021, in particular the draft budget passed earlier this week that allocated no new RCMP officers for the second year in a row.

"Is that what this budget supports?" Bennett asked city council at an open meeting on Monday. "That the citizens of Surrey are expendable?"

And when Bennett didn’t get the results she was looking for from Surrey’s mayor and council, she decided to take her fight to B.C.’s top cop.

"We’re just creating a void for more victims," Bennett told CTV News on the sidelines of a funding announcement at a Surrey secondary school for gang prevention programs.

"The province needs to step in and stop this," she said. "It’s ridiculous. It’s nonsense. It’s putting lives in danger."

B.C. Public Safety Minister Mike Farnworth said he "understood" the issue Surrey was "dealing with," but said he was reluctant to get involved, calling municipal policing the local government’s responsibility.

"That’s what they’re elected to do. The issue should be resolved between the [City] and the [RCMP detachment]," he said.

On Tuesday, Surrey RCMP’s commanding officer, Assistant Commissioner Dwayne McDonald, issued a statement that said, in part, the stagnant staffing levels would have a "detrimental effect" and it may be difficult for Mounties to keep up with demand.

"Clearly the detachment commander is stating a point of view," Farnworth said, without giving his own opinion. "I think everyone should take that seriously."

Moments later, Darlene Bennett caught Farnworth’s attention. He had to speak to some high school students, he said, but Bennett didn’t take no for an answer.

"You need to do something about what’s happening in Surrey," Bennett told him within earshot of television cameras. "[My children] deserve safety, and I need help," she said.

While Bennett told CTV News she was grateful for the meeting, she called the public safety minister’s reluctance to weigh in "disappointing."

And when asked if she thought the budget and the transition were a foregone conclusion, she answered with a firm "no," and said she would continue to make her voice heard.