Warning to outdoor enthusiasts: Avalanche season isn't over yet 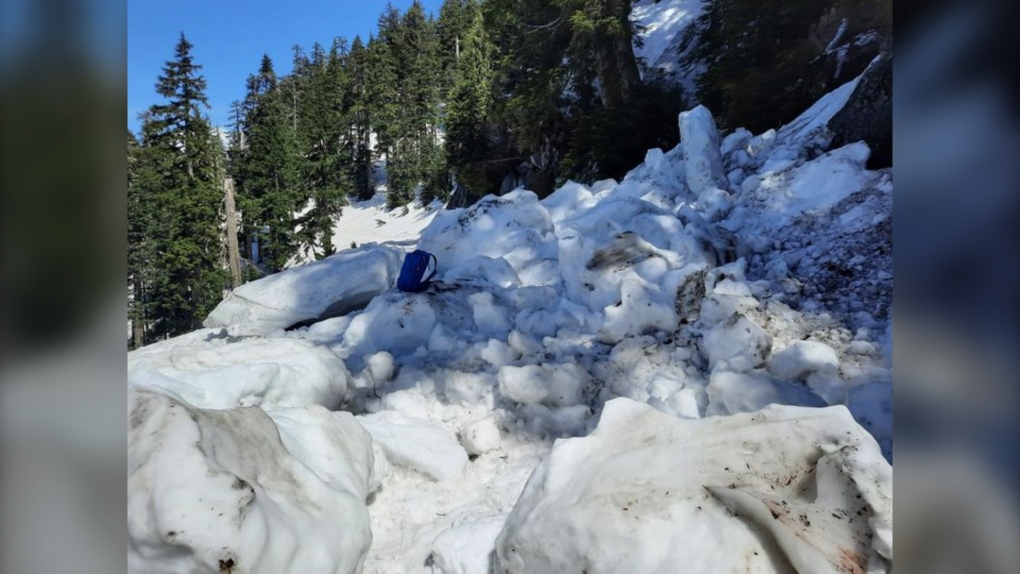 A small mountain avalanche is shown in an image posted by North Shore Rescue on May 10, 2021.

VANCOUVER -- North Shore Rescue is warning anyone using the local mountains not to let their guard down.

The organization says despite the sun and warmer temperatures, avalanche season is not over yet.

“The solar has a huge impact on the snowpack,” says Mike Danks of NSR. “It starts melting from below.”

And that can cause hazardous conditions when the weather gets warmer, he says.

In a Facebook post, NSR says rescue crews encountered the aftermath of an avalanche that came barreling down a steep and bushy portion of the North Shore mountains on May 10.

And crews say there are thousands of similar slopes like it all over the region.

Danks warns many parts of the North Shore mountains backcountry are still closed and he says people need to respect that.

With temperatures in the high teens, NSR advises people to assess their risk and be on alert because avalanches and soft dangerous terrain are hard to predict and navigate.

“Be aware of the terrain and always pack the appropriate equipment, like crampons and a map or GPS in case you get lost” says Danks.

If you don’t have a lot of experience navigating the mountains, Danks advises taking an avalanche course or joining a hiking group.

“There are likely people in the group who have a lot of experience," he says.

Danks says every year, during shoulder season, people in summer clothing, get overconfident because of warmer weather.

“The city can be much warmer than the mountains and when the sun disappears, the temperatures can drop suddenly," he says.

Regardless of the season, hikers should always be prepared. Danks advises having a plan. Hikers should tell people where they're going, the exact route they’re taking, a time they expect to be home and a time to call for help if they don't return.