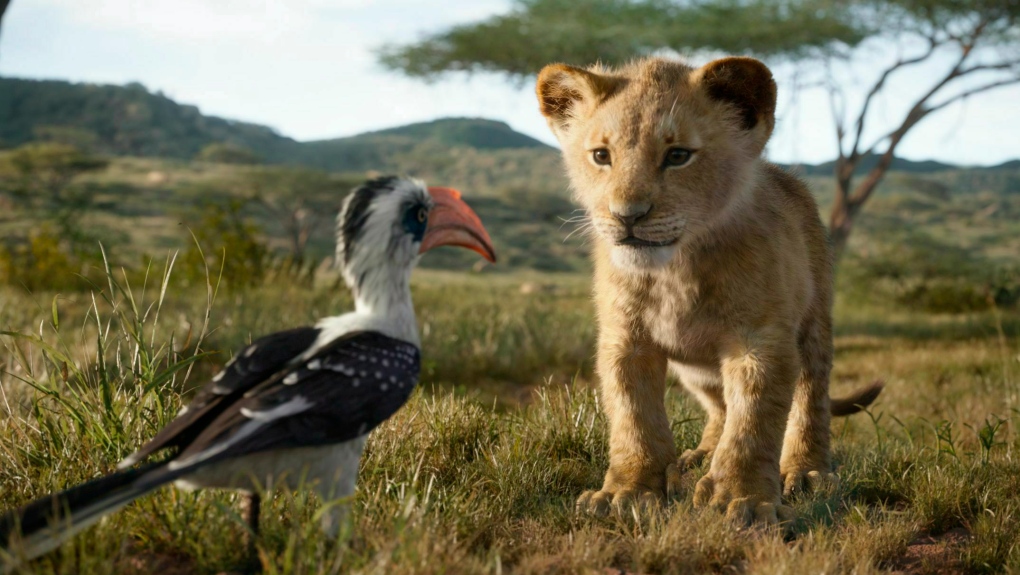 This image released by Disney shows the characters Zazu, voiced by John Oliver, left, and Simba, voiced by JD McCrary, in a scene from "The Lion King," directed by Jon Favreau. (Disney via AP)

VANCOUVER -- Employees at a Vancouver visual effects studio that worked on some blockbuster Hollywood films, including the recent "Lion King" remake, learned this week that the studio is ceasing operations in the city immediately.

"It is with regret we announce today that our Vancouver studio will cease operations effective immediately and refocus our geographical presence in other locations," the email said.

"This decision has not been taken lightly. However, increasing external market pressures in Vancouver and more attractive opportunities in other locations have created a challenging environment for us to sustain the studio."

The email goes on to say the company will continue to grow and expand in Montreal, Paris, Adelaide, Los Angeles and Toronto.

"I don't really know what the competitive advantage would be to those other jurisdictions,” said Brenda Bailey, Executive Director of The Interactive & Digital Media Industry Association of British Columbia. “Historically in British Columbia we've received a lot of support for this industry and government hasn't indicated that would change.”

In response to the news, BC's Minister of Tourism, Arts and Culture Lisa Beare released a statement.

"The creative industry in BC is strong and competitive thanks to a diverse and talented workforce and unrivaled natural beauty of our province. The interactive and digital media industry generates approximately $2.3 billion in annual revenues and employs roughly 16,500 people," said Beare said. "While we are disappointed to learn of this company's decision and the impact on their employees, we remain confident in the thriving creative sector we have in BC."

The Yaletown location opened in 2007 and at one time employed about 800 people. It's not clear how many employees are affected by the office closure.

The company email encourages impacted employees to seek opportunities with MPC in other cities.

MPC has not responded to interview requests.

In response to news of the company shutting down in Vancouver, several other companies in the industry are participating in a job fair – hoping to scoop up the talent MPC leaves behind.

"We have 17 studios that will be here at the Center for Digital Media to hire folks,” said Bailey. “So, the industry is really supportive of people that have lost their jobs just two weeks before Christmas and our hope is that most of these people can be absorbed within industry in Vancouver."