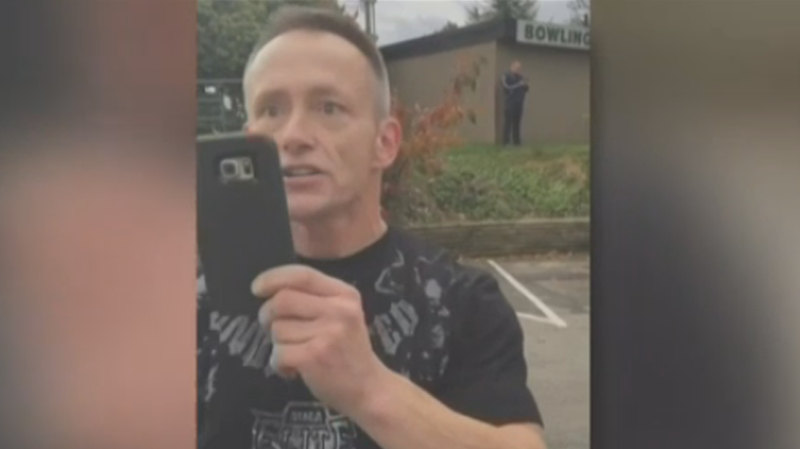 A man was filmed unleashing a racist tirade in an Abbotsford parking lot on Oct. 21, 2016.

A Hope, B.C. man has pleaded guilty to a charge stemming from a racist tirade captured on cellphone camera.

Karry Vernon Corbett entered the plea Friday to one count of assault. He will return to court Oct. 3 to fix a date for sentencing.

Corbett was charged last fall after a two-minute video was posted online by a Canadian lawyer of South Asian descent.

The video shows a man in a mixed martial arts T-shirt spitting a slew of racist terms at the lawyer, Ravi Duhra, as they both hold up their phones.

Police said the confrontation began when the passenger of a large truck took issue with a $110 ticket issued by a parking enforcement officer. Duhra was passing by, and took out his phone to record the argument.

The passenger then turned to Duhra, shouting comments including "White power" and "Go back to India."

Corbett was identified as a suspect, and turned himself in to authorities a few days after police announced the charges.