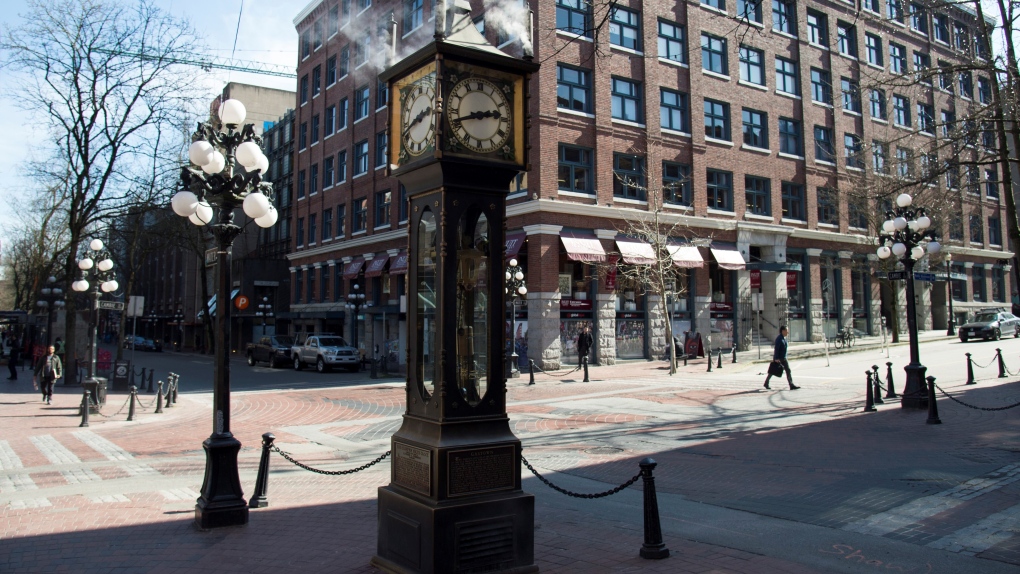 The steam clock is seen in a deserted historic Gastown in downtown Vancouver Tuesday, March 17, 2020. (Jonathan Hayward / THE CANADIAN PRESS)

VANCOUVER -- A man is facing charges after the victim of a stabbing called to report his own injuries, police say.

A 56-year-old man told officers he'd been stabbed in the arm during a confrontation in Vancouver's Gastown neighbourhood.

The man called police at around 10 a.m. Monday, and told them the incident occurred near the Gassy Jack statue at Water and Carrall streets.

In a statement outlining the allegations, police said the suspect had allegedly run off along Water Street, heading toward downtown.

Officers say they found a suspect a few blocks away. It is alleged he had a bloody knife at the time he was found.

The 47-year-old man, who has not been publicly identified, was taken to jail and is facing assault and weapon-related charges.

The victim was taken to hospital where he was treated for non-life-threatening injuries.