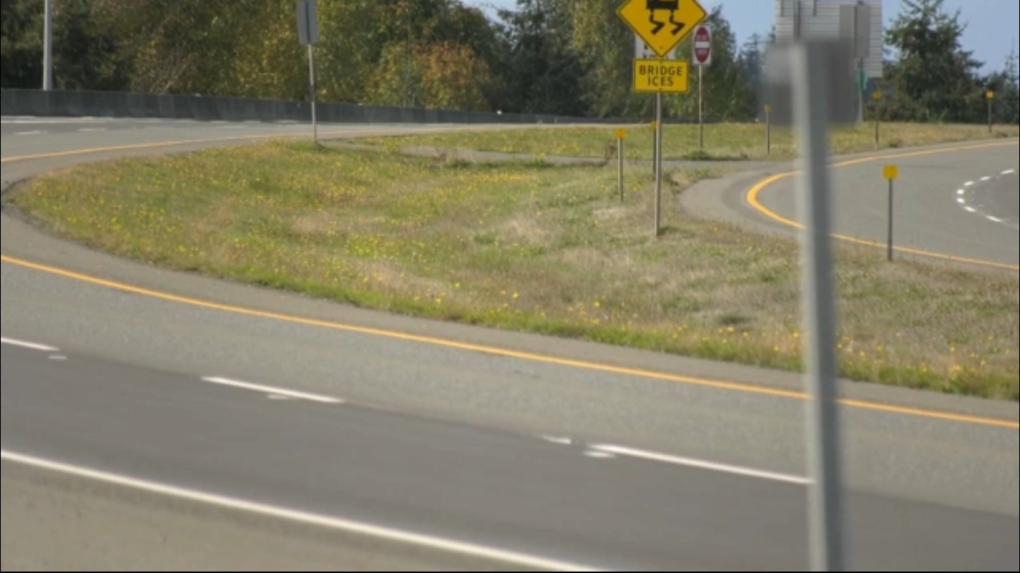 A woman in her 20s was found dead on the median of Highway 19 near Parksville Saturday morning, Oceanside RCMP said in a news release. (CTV)

VANCOUVER --  Police have located a Chevrolet Suburban sought in connection with a deadly hit-and-run on Vancouver Island over the weekend, and the owner has turned himself in.

Authorities thanked the public for helping find the vehicle, which was seen heading to the mainland on a BC Ferries sailing hours after victim's body was found on Highway 19 near Parksville.

The owner of the 1991 Suburban, a 55-year-old man from the small island community of Woss, turned himself in to Kelowna RCMP on Sunday night after seeing the vehicle on the news.

"The investigation into the fatal hit-and-run is continuing, and no one has been charged," the RCMP said Monday in a news release.

The victim is a woman in her 20s who was found dead on the median of Highway 19 Saturday morning.

Authorities initially described the incident as a "suspicious death," but have since said they suspect she was the victim of a hit-and-run.

The RCMP shared an image of the Chevrolet Suburban on Sunday, and said the vehicle had sustained damage to the driver's side headlight and bug screen.

Investigators have only described the Suburban as a "vehicle of interest" in their investigation, and not as a suspect vehicle.

Police did not reveal where the vehicle was found, and suggested it could be some time before anyone is charged in the crash.

"Our focus now will be on preparing the investigation for charge assessment by the BC Prosecution Service, a process which could take many months to complete," Const. Jeff Pelat of the Central Vancouver Island Traffic Services said in a statement.