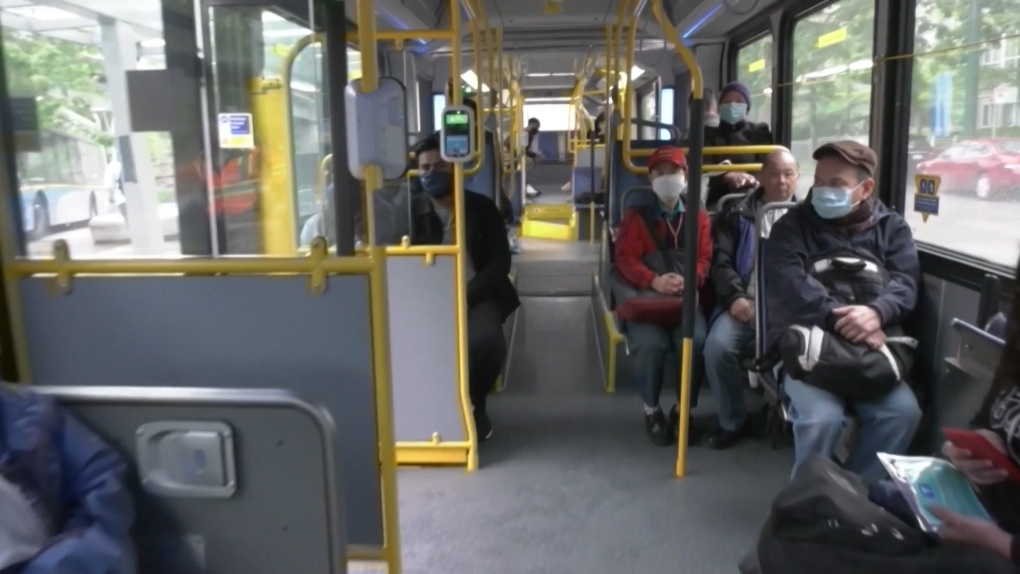 VANCOUVER -- Metro Vancouver's transit operator says 92 per cent of its customers have been wearing face masks since they became mandatory on Aug. 24.

TransLink says spot checks it did at high-traffic locations during the first week of its mandatory masks policy yielded the high compliance rate. Approximately 31,000 customers were counted during the checks, the transit provider said in a news release.

"This is a very encouraging trend," said TransLink CEO Kevin Desmond in the release. “This level of compliance shows our approach is succeeding ... I’m pleased to see our customers are helping us make transit safer for the thousands of people who rely on the system every day.”

Desmond added that TransLink will "keep working hard" to build on the level of compliance it has seen so far.

Though Metro Vancouver Transit Police can enforce the mandatory masks rule, TransLink has been focusing on awareness during the policy's early days. Customers are required to wear non-medical masks or face coverings on all TransLink vehicles under the policy, though exceptions are allowed for children under the age of five, first responders engaged in an emergency and anyone with a medical condition that makes them unable to wear face coverings

Similar policies have been put in place on BC Ferries and on transit vehicles outside of TransLink's operating area, as well as at many private businesses in the province.

Two of the most recent businesses to adopt such policies include Ikea's stores in Richmond and Coquitlam, as well as the Sea to Sky Gondola.

Masks will be required in "all common areas" at the Sea to Sky Gondola, according to a post on the attraction's website. They can be removed when seated at a table in the restaurant and when hiking the trails.