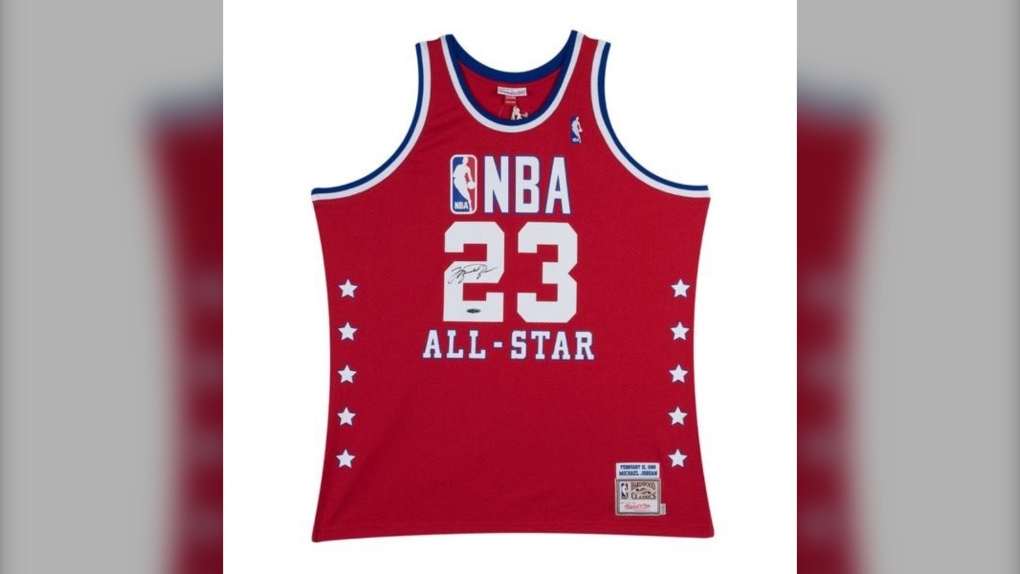 VANCOUVER -- A new online and pop-up sports apparel and memorabilia store is selling a Michael Jordan 1989 All-Star game replica jersey for a cool $19,500.

That works out to about $21,840 with taxes, a drop in the bucket to the billionaire basketball legend himself, but for most people? You’d have to really like Michael Jordan. A lot.

“The thing with a guy like him, you know, obviously he’s just bigger than life,” said owner Phil Kinninmont in a phone interview with CTV News. “People just want a piece of him, he touched this jersey.”

Kinninmont started the business in December after working five years as senior manager for retail operations for the Vancouver Canucks. He wanted to try his own hand at bringing Canadians hard-to-find, niche items.

"A lot of stuff I couldn’t find myself I wanted to bring up here and make it more readily available,” Kinninmont said. “The vision is to create the coolest sports store in Canada’

And the cool-factor is big when it comes to all things Jordan, bolstered by the 2020 10-part ESPN/Netflix documentary series, The Last Dance.

For this item, the NBA superstar signed in the middle of the two on the front of the jersey.

“When you’re that big he basically probably just walks into a room with a cigar and a scotch,” Kinninmont said. “And probably sits there and signs for a couple of hours.”

Jordan wore the iconic number 23 his entire career in the NBA, most notably with the Chicago Bulls from 1984 to 1998. Kinninmont believes there are perhaps fifty jerseys in the batch, and says there is a market for an item like this in Canada, adding that because of the pandemic people may decide to splurge.

“A lot of people have access to money or money that they’re not spending on travel and miscellaneous everything else in the world,” he said.

Right now the jersey is being framed and put behind UV-protective glass, but if it doesn’t sell online, it will be available at the Rep Your Colours pop-up store at Richmond Centre in April.