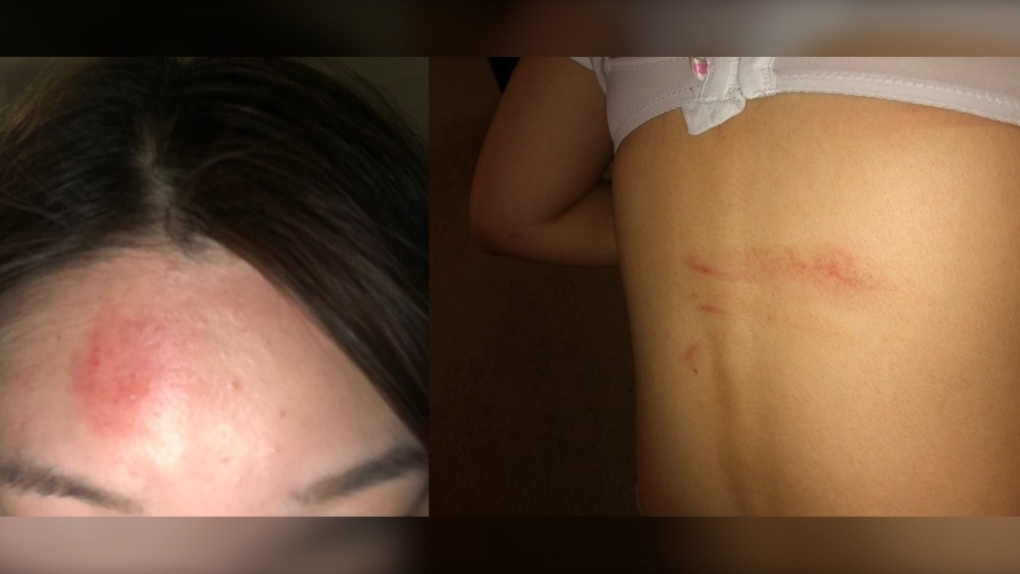 A UBC student who was attacked by four teens on a bus is speaking up about her traumatizing experience, more upset about the lack of help from other passengers and the driver than the four teens who beat her up.

VANCOUVER -- A prominent member of Vancouver's professional sports community is stepping up to buy a laptop for a University of British Columbia student who was beaten up and robbed Friday night.

The UBC student, who asked to remain anonymous over concerns of her safety, says she was attacked by four teens after she called them out for drinking, vaping and talking loudly on the bus.

She acknowledges her directions for them to stop drinking and vaping became heated and they were yelling and swearing at each other. That's when one of the teen girls allegedly started punching her in the face, with the other joining in to punch, scratch and pull her hair as the bus stopped at Seymour and Pender streets in downtown Vancouver.

While the bus was stopped ,the two girls and two boys then ran off with her backpack, which had her laptop, phone and wallet inside.

Metro Vancouver Transit Police said they arrested the teens at the Commercial-Broadway SkyTrain Station soon after the incident and will likely recommend charges against them. However, transit police say Crown counsel has not yet reviewed the file.

Since then, one of Vancouver's professional sports teams has reached out to CTV News Vancouver to say one of their members wants to help replace her stolen laptop.

The UBC student was emotional when she heard the news and says she's deeply grateful for his support.