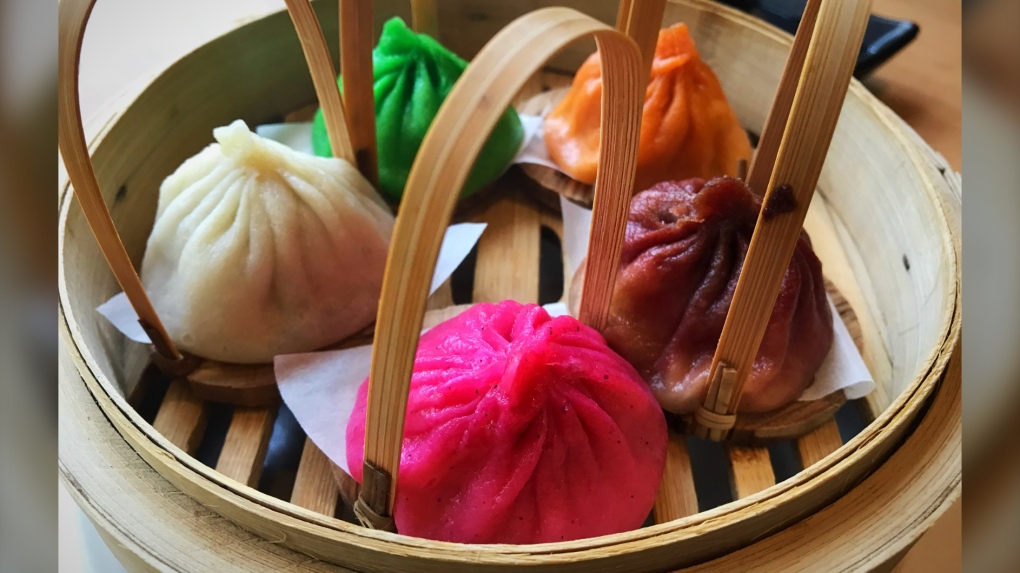 VANCOUVER -- If you haven’t heard of or had xiao long baos (also known as soup dumplings and XLB), you're missing out on a fan favourite at dim sum.

Pork is steamed in a translucent 18-pleated dumpling wrap that's filled with hot broth and served on a bamboo tray.

"Everybody takes a picture of their dumplings when they come in," said Wang. "It's Instagramable."

All the dumplings are handmade daily right before your eyes and they're steamed and served in individual bamboo holders.

"We do it from scratch," added Wang. "Grinding our own pork butt so we can control the fat to lean ratio."

Owner Tim Lai told CTV News how he came up with the restaurant's name: Jingle Bao sounds like "steam a bao" in Cantonese, which is where the name of the restaurant came from.

Another vibrant dish on their menu is the crystal shrimp dumplings. Haw gao is shaped into a bright pink dumpling wrap and sprinkled with edible yellow flowers.

Wang said that they will also be adding an extra large rainbow soup dumpling to their menu. Imagine a big XLB; so big that you need a straw to drink the soup.

So if you're looking for the end of a rainbow this holiday season, you’ll find it at 774 Denman St. in Vancouver.