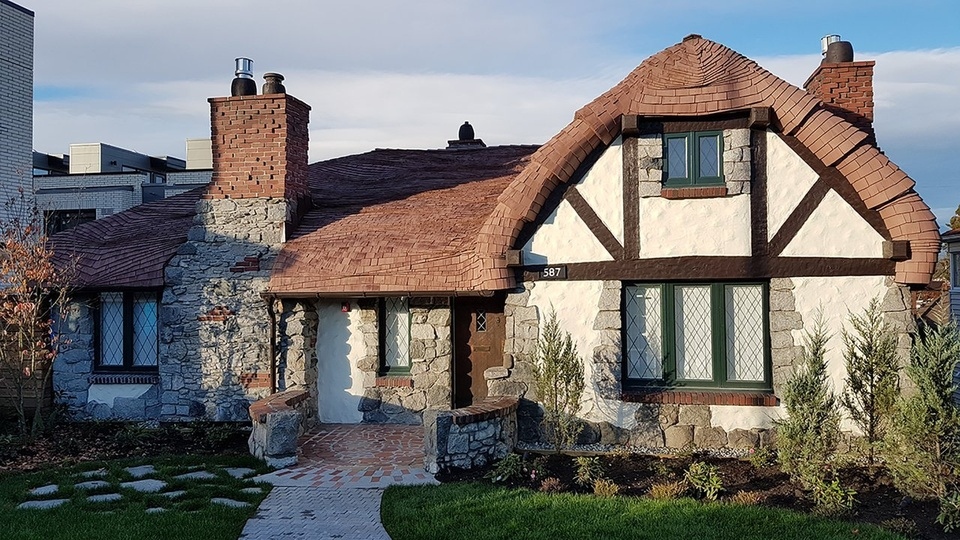 Vancouver’s “Hobbit House” for sale for $2.6 million. (City of Vancouver)

VANCOUVER -- One of Vancouver’s most distinctive heritage houses is for sale after being incorporated into a new townhouse development.

The “storybook”-style house at 587 West King Edward is also known as the Hobbit House and the James Residence. It was built in the 1930s and looks like an English cottage, with a distinctive roof designed to look like a bumpy thatched roof.

The three-bedroom, four-bathroom home – now classified as a townhouse – is listed for $2.698 million. The property is currently assessed at $2.486 million, according to BC Assessment.

Heritage advocates feared the house could be lost to a wave of development on the Cambie Corridor, a part of Vancouver where single family homes have been replaced by higher-density development.

But in 2014, Vancouver city council approved a zoning proposal that allowed the developer to renovate the interior of the Hobbit House and build 20 three-story townhouses around it. In 2017, the city gave the project a Heritage Award for “the high degree of retention and thoughtful restoration of the one-of-a-kind James Residence.”