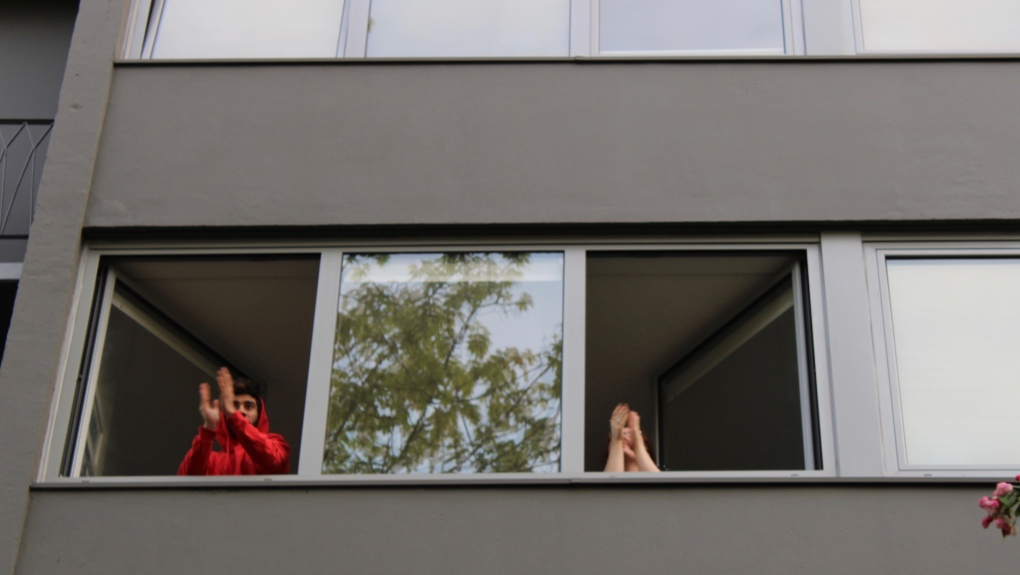 VANCOUVER -- Some West End residents held an especially noisy pot-banging session to mark the 100th day of the 7 p.m. cheer – a way city-dwellers have been saying "thank you" to frontline and essential workers during the COVID-19 pandemic.

West End residents started doing the 7 p.m. cheer on March 20, and the noise-making session spread to other Vancouver neighbourhoods in the weeks that followed.

During the early weeks of the COVID-19 pandemic, when people were mostly staying in their homes except for brief trips to the grocery story, the 7 p.m. cheer was the only time many people saw others from outside their own household.

But as B.C. has flattened the curve and moved into first Phase 2 and now Phase 3 of the government’s reopening plan, the cheer “has been waxing and waning and on some of the nights there weren’t as many people participating,” said Peter McCue, a West End resident.

McCue and his neighbours wanted to reanimate some of that early passion for the 7 p.m. cheer, so they headed up to the roof of their building on Saturday evening to make some noise, and captured the event on video.

By marking the 100th day of the cheer, McCue said he and his neighbours wanted to remind Vancouverites not to get complacent about precautions like physical distancing, frequent hand-washing, staying home when you’re sick and wearing a mask.

“It’s definitely not over,” McCue said.

“If we look to the south of us, if we look to some of our other neighbours, we can see how easily there can be new cases.”