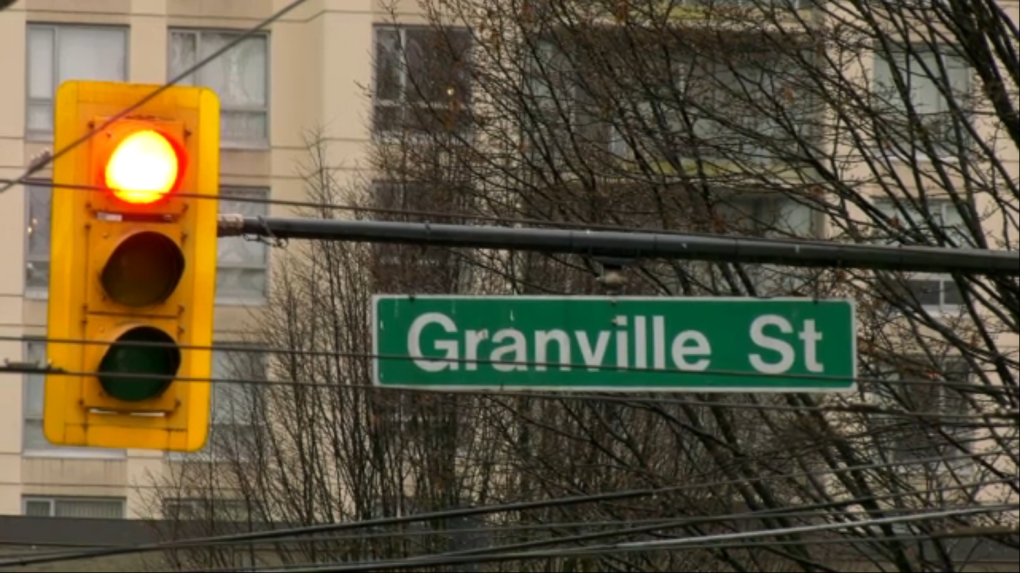 VANCOUVER -- Police in Vancouver say they found about 100 people at a private party at a downtown restaurant Thursday night, one of 34 calls for alleged violations of the provincial ban on gatherings officers responded to on New Year's Eve.

Vancouver police were called to the party near the intersection of Granville and Davie streets around 11 p.m., according to a news release from the Vancouver Police Department.

Officers broke up the closed-door event and issued a $2,300 ticket to the organizer for violating B.C.'s public health order banning gatherings.

The ticket was one of four police issued to event organizers for allegedly breaking the province's COVID-19 rules Thursday night.

Extra police officers were deployed to entertainment districts and to look out for impaired driving on New Year's Eve, police said.

In addition to the 34 calls about potential public health order violations, officers also dealt with a pair of assaults and arrested a woman at a protest at the Vancouver Art Gallery after she allegedly bit an officer.

The first assault occurred around 6 p.m. near Granville and Helmcken streets, police said.

According to police, the suspect walked up to the victim, who he did not know, and slashed them in the face with a machete. The victim was taken to hospital for treatment of non-life-threatening injuries, and the suspect was arrested, police said.

The second assault was reported about an hour later, around 7 p.m.

In that incident, which happened near Granville and Davie streets, "the suspect put a metal object to the victim's neck and said, 'You are my enemy,'" police said.

The suspect and the victim were not known to each other, and officers were unable to locate the suspect, police said.

Finally, around 11:30 p.m., police were called to the art gallery because a protester was climbing on top of one of the statues there.

"While police were escorting her off the property, she bit one of the officers," police said in their release. "The woman was charged for assaulting a police officer."

Police did not attempt to break up the protest at the art gallery, a decision they said was based on the need for officers to "weigh a citizen’s right to peacefully protest with the current potential harm of gatherings."

“Mass arrests are not possible or desirable," the Vancouver Police Department said in a statement to CTV News. "Ticketing and arrests could escalate an already passionate situation, and when there are larger groups of people, the risk of injury to both protesters and police officers rises.”