Vancouver photographer captures life during pandemic for a good cause 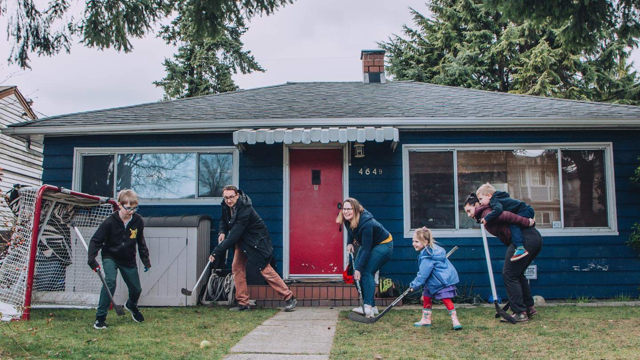 Photographer Laura-Lee Gerwing has been taking pictures of Vancouver families cooped up at home during the COVID-19 pandemic and raising money for charity.

VANCOUVER -- They stand on balconies, porches, and front lawns, rain or shine. Some are posing with loved ones, pets, and even wearing onesies and clutching hockey sticks and stuffed toys. Those are just a few of the images Vancouver photographer Laura-Lee Gerwing has captured so far of people in Metro Vancouver stuck at home during the COVID-19 pandemic.

It’s also a way to give back. All Gerwing is asking for in exchange for the photos is a donation to the Canuck Place Children’s Hospice. Her goal is to raise $5,000. As of Thursday afternoon, she had already raised $1,733. 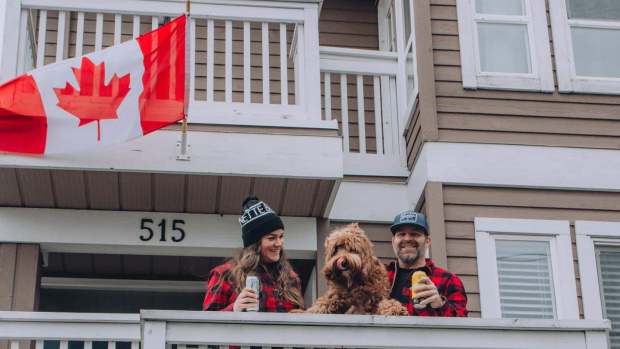 “I dont tell them what to donate. I just send them the link and they do whatever they want,” Gerwing said.

Gerwing, who operates My City Photos, was inspired to start taking the portraits after coming across the Front Steps Project, a charitable initiative started by a pair of photographers in Massachusetts in response to the pandemic.

“That’s how I discovered it and that minute, it just hit me that was what I needed to do,” Gerwing said. She had made the decision to stop her regularly scheduled shoots on March 22, and was looking for another way to keep busy and contribute.

“The whole purpose of it is to bring our community together virtually, when we might be feeling isolated.” 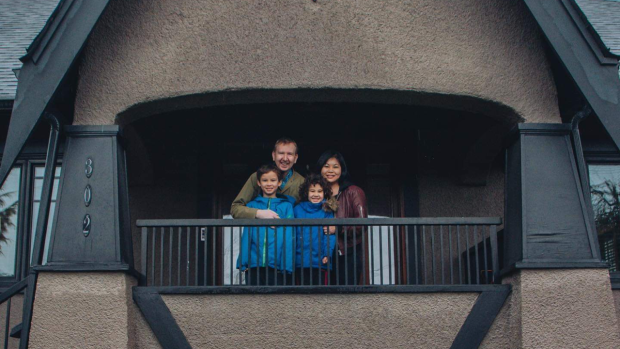 Gerwing said people contact her through her website, and she makes arrangements to come by and discusses different photo styles with them, everything from thoughtful to silly and candid.

“I really want to make it a very personal photo for them, especially because its in front of their house as well,” Gerwing said.

She said she stays about 10 feet or more away for the shoot, and takes three or four photos. Later, she sends them a digital copy of what she’s captured along with a link to make their donation.

Since she started offering the “front steps” photos on March 26, dozens of families have filled out the online form, and the shoots have taken her all over Metro Vancouver. 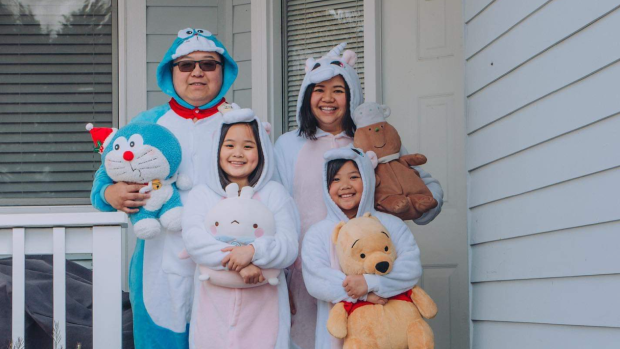 “Off the bat, the forms just started to flow in and I was actually quite overwhelmed to begin with,” Gerwing said.

In fact, Gerwing said she’s almost fully booked through April, and is already setting up shoots in early May.

“I actually haven’t decided yet if I’ll finish the project when I get to the $5,000 goal, or if I’ll start with another charity afterwards,” Gerwing said. “If people keep being interested maybe I’ll keep going.”

Gerwing said some of the people she’s photographed are former clients, others are new faces, but all have been happy to connect - even if it’s virtually.

“The people we would normally see at the coffee shop or the gym or walking or at school, we dont get to see them right now,” Gerwing said.

Gerwing said the photo project has also given her purpose.

“I do my work because I love to document people now, and people’s lives now,” Gerwing said. “It really means the world to me.” 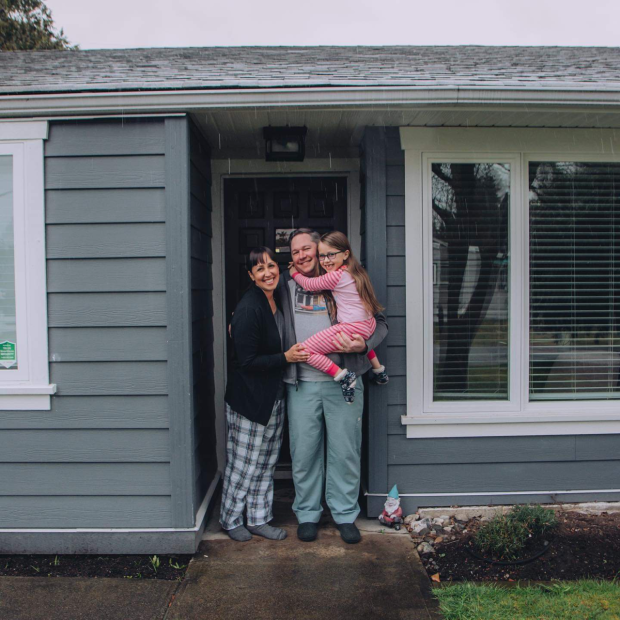