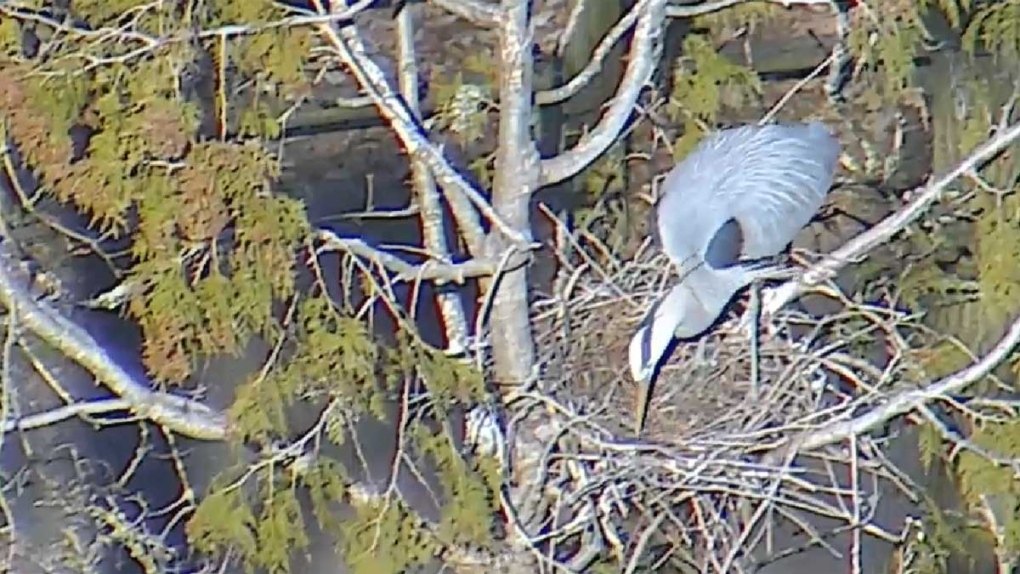 A Pacific great blue heron is seen through the Vancouver Park Board 'heron cam' on Wednesday, March 20, 2019.

Herons have returned to nest in Vancouver's Stanley Park for the 19th year in a row.

The colony of Pacific great blue herons is one of the largest in North American urban areas, and started arriving at the park last week. Now that they're nesting, the city's "heron cam" is back online.

Several cameras have been set up in the treetops to provide bird-watchers with a view of 40 nests. The cameras will be turned on until the end of breeding season in August.

More than 180,000 people have tuned in since the heron cam was launched in 2015, Vancouver Park Board Chair Stuart Mackinnon said in an emailed statement.

"It's been amazing to be able to get a bird's-eye view of the nesting, courtship, mating, nest-building, and egg-laying of these magnificent birds," he said.