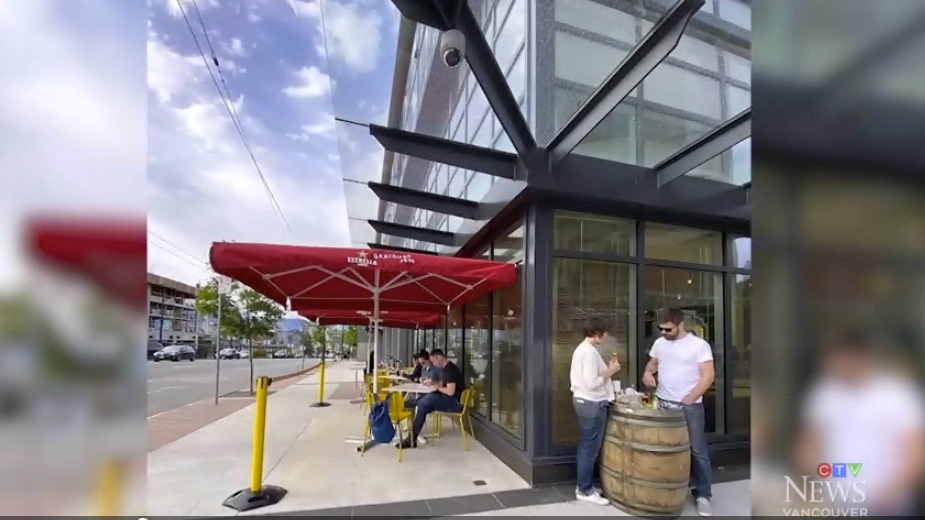 ¿CóMO? Taperia in Mount Pleasant hopes its application for a patio will be approved. (CTV)

VANCOUVER -- The City of Vancouver says it has now approved 127 restaurant patios as businesses reopen under new guidelines to reduce the spread of COVID-19, and more could be on the way with a new bylaw proposed to allow patios for breweries and distilleries.

Applications for patios on private property take longer to approve, according to the city. Currently, 104 of the approved patios are on public property, while 23 are on private land.

In an update released June 26, city staff said 71 applications for patios on public property have been rejected while 12 are still being reviewed.

New provincial health guidelines mean that most restaurants have had to take away tables in their dining area to make room for physical distancing, so adding a patio gives businesses a chance to add additional seating. The city’s temporary patio program also includes breweries with manufacturing licenses.

The city’s program could be expanded to include more businesses: a public hearing will be held on June 30 for a proposed bylaw that would allow temporary patios on private property for breweries, wineries and distilleries.

If council approves that bylaw, applications for patios that don’t require construction could be approved within five business days. The city says staff have already been working with breweries, wineries and distilleries to prepare their patio applications.