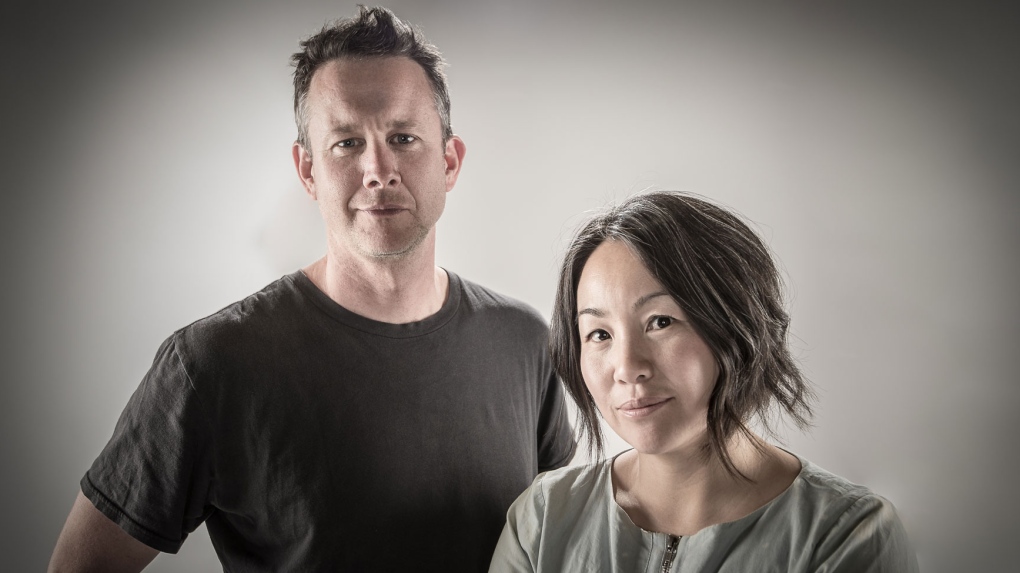 Maiko Yamamoto and James Long are no strangers to sharing the spotlight.

Over more than two decades of working together, the artistic directors of Vancouver's Theatre Replacement say collaboration has animated their creative process, producing experimental performances no single mind could conjure.

Now, the directing duo is taking their partnership to new heights as the first-ever team to win the $100,000 Siminovitch Prize in Theatre.

“I think in this very divisive time, it's nice to celebrate that idea of people working together,” Yamamoto said by phone ahead of the announcement. “There's strength in numbers.”

Yamamoto and Long were named the inaugural co-winners of the Siminovitch Prize at the National Arts Centre in Ottawa on Thursday evening.

The Canadian theatre award rotates on a three-year cycle, recognizing professionals in the alternating fields of design, direction and playwriting.

In a statement, jury chair Vanessa Porteous described Yamamoto and Long as “trailblazers” who are challenging theatrical conventions to shape the next generation of artists.

“There is just nobody quite like them in the country,” Porteous said. “Each of these two artists is worthy of attention. However, it is the combination of the two that the jury is commending.”

One of their touring shows is “Mine,” which brings the computer construction game Minecraft to the stage with a group of “gamer/performers” aged 11 to 46 travelling through digital landscapes.

The theatre-makers are also behind “Town Criers,” a location-based project billed as a “modern-day version of the trusty scroll.” A writer transmits observations about their surroundings via tablet, and in another part of town, a crier proclaims these missives to the public.

Yamamoto and Long's artistic alliance began when they were students at Simon Fraser University in Burnaby, B.C. Their theatre program used an ensemble-based approach that taught them the “etiquette” of working with others, which Yamamoto said has proved useful to this day.

In 2003, the pair founded Theatre Replacement in east Vancouver, and resolved that their work would be rooted in a “genuine attempt to coexist.”

The company has produced more than 25 shows, about half of which the artistic directors conceived while sitting on opposite sides of the same table.

“When you work together for such a long period of time, there's a natural kind of alchemy,” said Yamamoto. “You get a shorthand. There's things that naturally Jamie takes care of and that I take care of that we don't have to talk about anymore.”

These skills are transferable to other artistic relationships, Long notes. He and Yamamoto like to bring a wide variety of collaborators into the studio, giving rise to collective creations that set the company apart from the rest of the theatre scene.

“When you ask really strong creators with really big ideas from all over the place to come together and try to mash ideas together, you're not going to come up with status quo results,” said Long.

It's in these collisions that theatre becomes truly exciting, Yamamoto adds, even if the outcome is uncertain.

“Every new process is back to the drawing board. You have to figure out how you can exist together in this space and get something done,” she said. “We usually find some coming together. It doesn't have to always work.”

Yamamoto and Long hope the Siminovitch Prize will give them a platform to spread their methods and mentor up-and-coming artists, starting by picking Vancouver director and creator Conor Wylie as their protege.

Having come up in the world of small, independent theatre, Yamamoto said winning a financial windfall of this scale was “never imaginable.”

While they don't know where the prize will take them, Yamamoto and Long can be sure of one thing - they'll be going there together.

“We haven't killed each other yet,” Long said with a laugh. “It's such a rare occurrence.”

This report by The Canadian Press was first published Nov. 21, 2019.