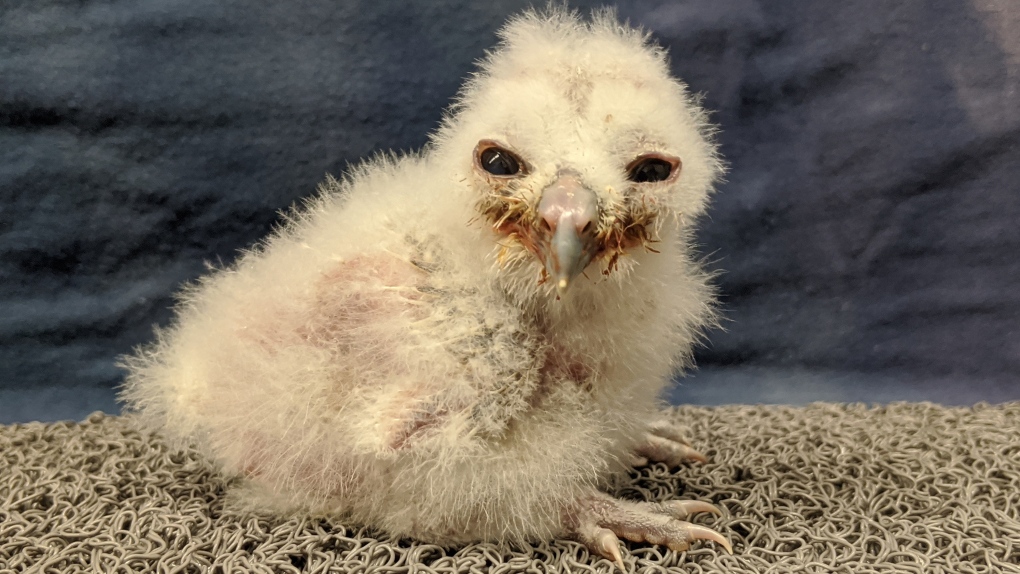 LANGLEY, B.C. -- Members of a unique program in Langley, B.C., are celebrating the successful hatching of a northern spotted owl chick, bolstering a population that numbers fewer than 10 of the birds in Canada's wild.

Jasmine McCulligh at the Northern Spotted Owl Breeding Program says Chick J, as the little male is known, hatched April 20 after being artificially incubated for 32 days.

It was then hand-reared for nearly two weeks before being returned to its parents, Sedin and Amore, on May 3.

A webcam is now recording the two adult birds as they continue to raise this chick, their second in as many years, as part of the breeding program.

A statement from the program says two more chicks, P and Q, from the same parents, have also been hatched and hand-reared, but the webcam shows they have not yet been returned to the nest.

McCulligh says, with the COVID-19 pandemic continuing, it makes it even more special to “spread some joy” by sharing the live stream of Chick J and its parents on the nest.

There are 25 adult spotted owls at the Metro Vancouver breeding centre, including seven breeding pairs, the statement says.

The program, which started in 2007, is building toward a minimum of 10 breeding pairs.

It aims to restore the wild population of northern spotted owls to more than 200 through the annual release of as many as 20 juveniles starting next year and continuing for the next 15 to 20 years.

There are fewer than 10 of the owls in the wild and they are only found in the old-growth forests of British Columbia, says the Fish & Wildlife Compensation Program, which hosts the owl webcam along with the breeding program.