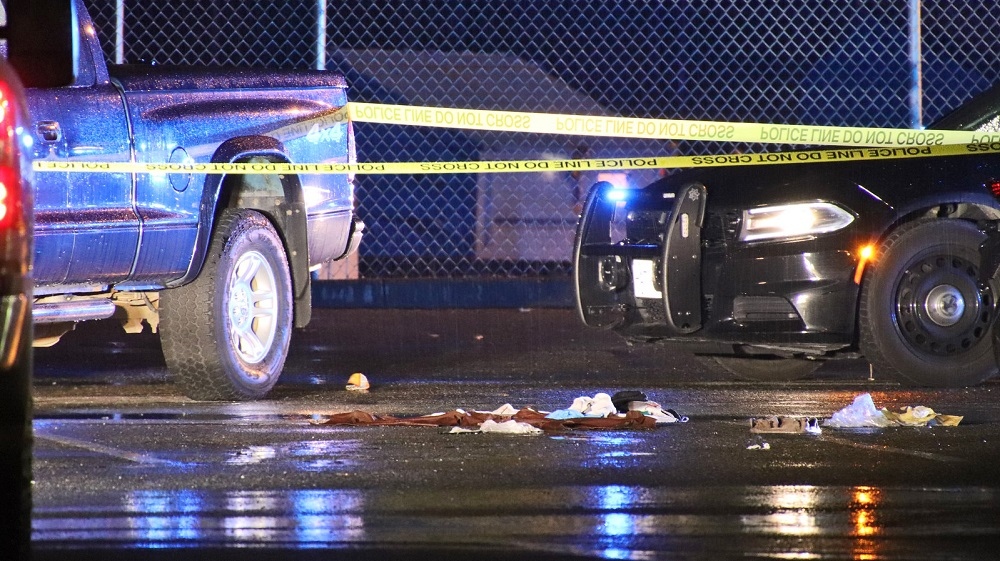 Police tape sections off an area behind the Abbotsford Recreation Centre after a double stabbing incident on Feb. 27, 2021 in Abbotsford B.C.

VANCOUVER -- Two teenagers are recovering from stab wounds after an incident behind a recreation centre in Abbotsford on Saturday night, say police.

Abbotsford Police Department says that around 8:15 p.m. on Feb. 27, it responded to “stabbing incident” at the back of Abbotsford Recreation Centre, in the 2400 block of McMillan Road.

According to a statement released by the police on Saturday night, when officers arrived on the scene, they found “two males suffering from apparent stab wounds.”

“The victims, both in their late teens, were transported to the hospital via ambulance where they are being treated for non-life-threatening injuries,” continues the statement released by Sgt. Judy Bird.

Police did not specify whether the teens who were stabbed were minors.

The dispute does not appear to be linked to a specific event or programming at the recreation centre, say police, and a 20-year-old man was taken into police custody in connection to the incident.

Police say they are investigating the “dispute which arose on this property,” and anyone with more information on the incident is asked to contact the Abbotsford Police Department at 604-859-5225.