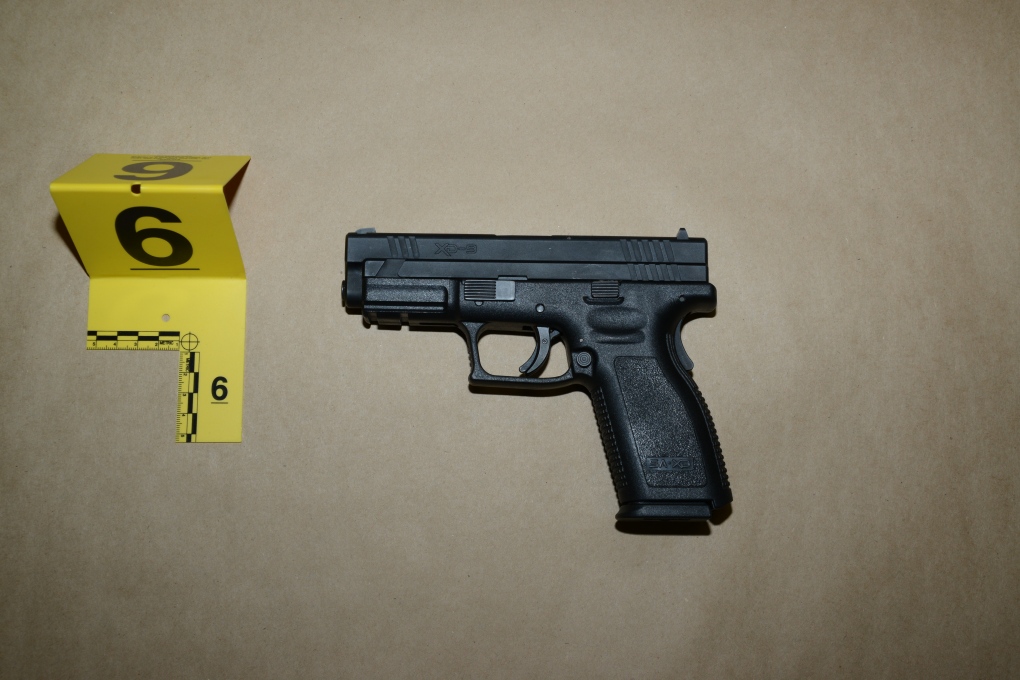 VANCOUVER – Surrey RCMP have seized a restricted handgun and arrested two men they say have ties to the Lower Mainland gang conflict.

The Surrey Gang Enforcement Team spotted a Jeep Cherokee in the 6200-block of 126 Street while doing a patrol in Newton on September 26. The Jeep was then seen committing multiple driving infractions and then hit another vehicle near 128 Street and 64 Avenue.

The three people inside the vehicle then fled on foot, and two of them were arrested after a brief chase. The third person was not found, and police say their investigation is ongoing.

Mounties say 24-year-old Gurpreet Multani from Surrey is facing charges of dangerous operation of a motor vehicle, obstruction of a police officer and failure to remain at the scene of an accident.

RCMP say Multani and Johal have ties to the Brothers Keepers gang and are known to police. Both men are in custody as police continue their investigation.

“Targeted enforcement is enabling our members to make important interdictions like this one which has led to the arrests of two known gang members, and taken a loaded gun out of the hands of criminals,” said Insp. Mike Hall with Surrey RCMP in a statement.