Truck drivers tried to save man ejected from cabin in 'catastrophic' crash that closed B.C. highway for hours 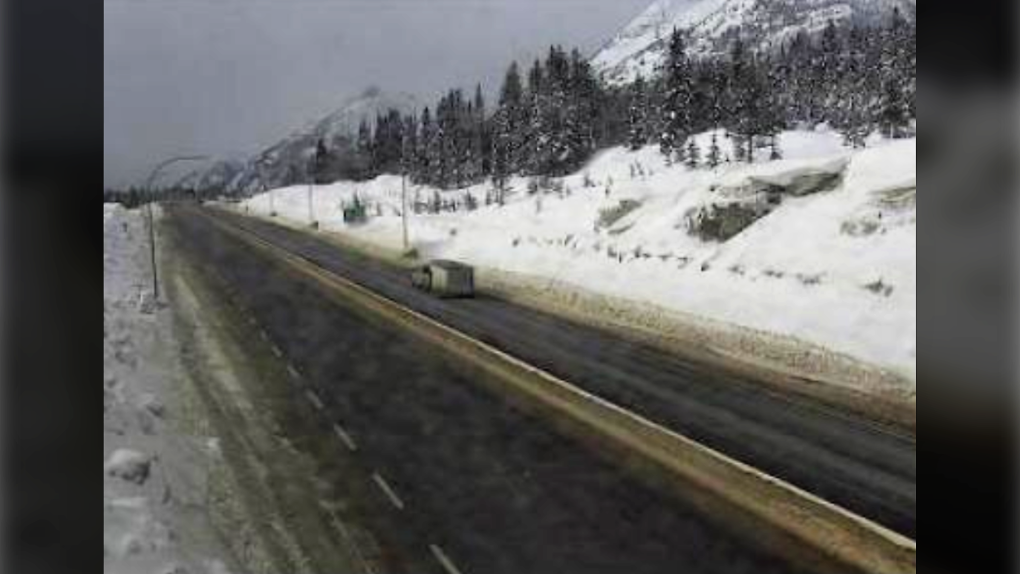 A stretch of Highway 5 about six kilometres south of Merritt, B.C., is seen in an image from DriveBC web cam on Thursday, Feb. 18, 2021.

The southbound lanes of the Coquihalla Highway were closed overnight south of Merritt, B.C., as a result of the crash, but the RCMP said the lanes reopened Thursday morning.

The crash occurred on a stretch of highway between Hope and Merritt at around 4 p.m. Wednesday, Mounties said in a statement the next morning.

The RCMP said witnesses told officers the drivers of two semi-trucks were climbing a hill in the same direction when they collided.

Police said they believe one of the trucks was being driven at "relatively slow speeds" on the right, when the vehicle was struck by the other driver from behind. It appears the second driver was attempting to overtake the first on the left.

"The damage caused to the passenger compartment of the cab associated to the overtaking commercial vehicle was described by investigators as catastrophic," Cpl. Jesse O'Donaghey said in a statement.

One person, who police describe as a co-driver who they believe was in the truck's sleeping area, was ejected from the cabin, the RCMP said.

Police said the drivers of both truck tried to save the victim, but he died at the scene.

That person has not been publicly identified, other than that he was a 38-year-old man. They say he will not be identified for privacy reasons.

Officers are still investigating, and ask any witnesses or drivers with dash-cam video to come forward if they have not yet spoken to Merritt RCMP.