Train derailment knocks out hydro in B.C. village; repairs not expected until the next day 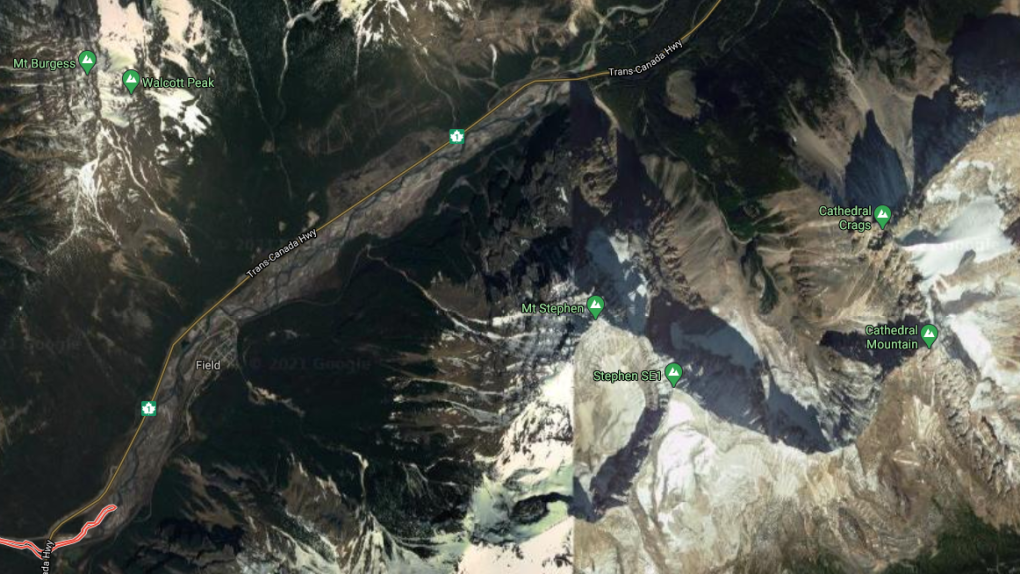 Field, B.C., is seen in an image from Google Satellite View.

VANCOUVER -- Residents of a village near B.C.'s border with Alberta may be without hydro until Wednesday, or later.

The Village of Field, located about 20 kilometres west of Lake Louise, lost power due to a train derailment about eight kilometres away, staff said in a Facebook post.

BC Hydro has told the municipality crews are unlikely to be able to reach the site until Wednesday "at the earliest."

A spokesperson from CP Rail told CTV News a grain train derailed west of Field at around 1:40 a.m. local time.

CP crews and equipment were sent to the site, and the cause is under investigation.

No one was injured, CP said.

Power is being supplied to hydro customers through a battery backup system, but that battery is expected to run out of power before the problem has been fixed.

"We ask that while your power is coming from the battery, please conserve electricity if possible to extend the supply," BC Hydro said in an update posted by the village.

"This might mean postponing energy-intensive tasks until grid power has been restored."

The latest update from Field suggested the battery had just nine hours of capacity. That update was posted at 11 a.m. MT. The battery has been on since 5:23 a.m.

Anyone looking for updates is asked to monitor a Twitter account set up to send out information on outages in Field.