Thousands of dollars in damage to B.C. soccer field after driver does doughnuts in the snow 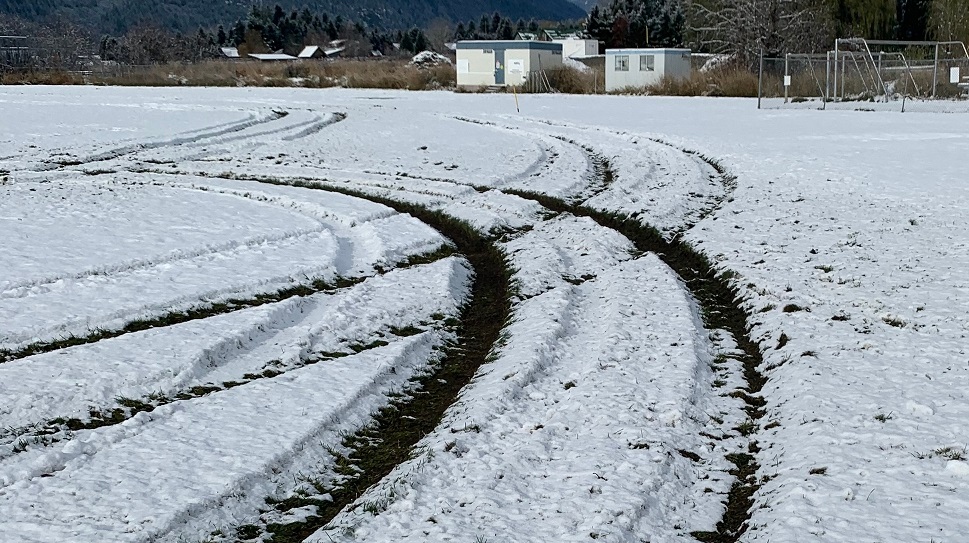 Pemberton Mounties say a school field was damaged after a driver did doughnuts over it earlier this month. (RCMP handout)

VANCOUVER -- A B.C. soccer field will need thousands of dollars in repairs after a driver did doughnuts in the snow over it, Mounties say.

Officers said in a news release Thursday they were called to a soccer field on Pemberton Meadows Road in the morning of Nov. 10 after someone drove recklessly over it.

When they arrived, police learned someone in an SUV or pickup truck did doughnuts over the freshly fallen snow. A photo of the damage shows deep tire marks that tore through the grass.

The field used to be part of the old Pemberton high school, but is now owned by the village and used for soccer.

"While the driver may have felt this was harmless fun, in fact, the vehicle has caused several thousand dollars in damage to the field, which will need to be fixed before it can be used again," Pemberton RCMP said in a news release.

Mischief charges may be considered if a suspect is identified, Mounties said.

Police are still investigating the incident and ask anyone with information to call 604-894-6634. Tips can also be left anonymously with Crime Stoppers.