This teen from B.C.'s Fraser Valley has never been to a drag show - but he's about to perform in one 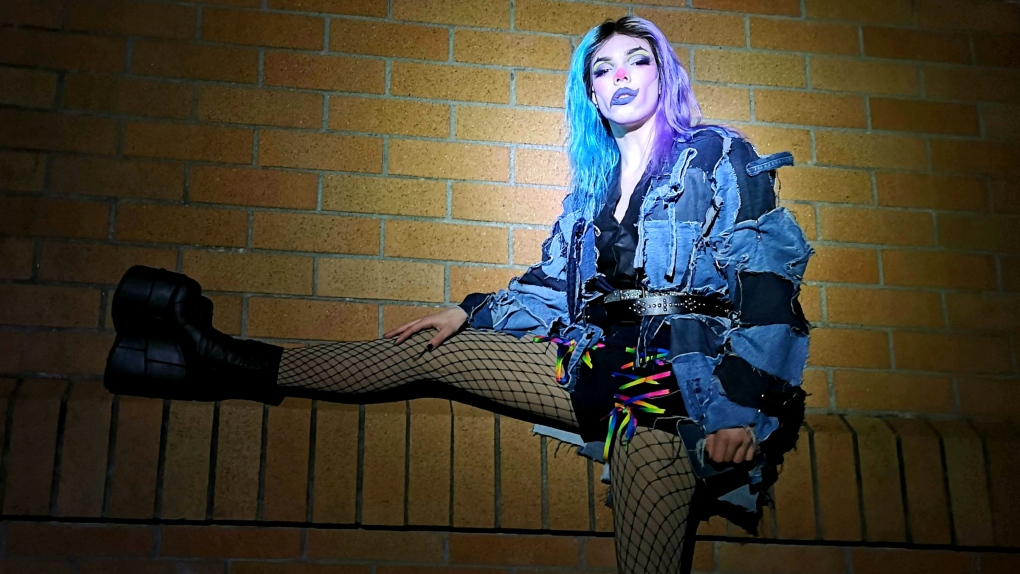 VANCOUVER -- Nineteen-year-old drag artist Will Davis has never met a drag queen in real life. Nor has he talked to one.

Davis, who performs as Jester Minute, was raised in Abbotsford, B.C., and came of age during the pandemic. He never made it to any youth drag events in neighbouring towns when he was underage, and now as a legal adult, he hasn’t been able to attend any drag shows at clubs – because there are none, thanks to COVID-19.

But that isolation is about to change in a watershed moment for the young artist.

Jester Minute has been selected to compete with a handful of other Metro Vancouver drag queens at a live-streamed competition, called Dragstravaganza, held at Capilano University on Sunday, April 18 at 7:30 p.m.

“I have a lot of friends that are into drag, but obviously none that do drag,” he said.

“It will be really exciting to meet people who are not only into the art, but also partake in it.”

The event, which is being orchestrated with extensive coronavirus safety protocols, will be Jester Minute’s debut performance. It’s a moment that Davis hadn’t quite anticipated when he started dabbling in drag artistry right before the pandemic broke out in 2020.

While he grew up in an area sometimes referred to as the "Bible Belt" of B.C., Davis says he's always felt supported by his friends and family -- including his creative and musical parents. But Davis says his personal journey of exploring gender has still been challenging.

“I had a lot of problems coming to terms with who I was, being gay, even though I’ve been out since Grade 8,” he said.

“Drag had always been something at the back of my mind, but I was always too scared to pursue it because of what other people might think.”

Then, Davis started on anti-anxiety medication in February of 2020.

“That sort of sparked the thought in my brain that ‘Oh I don't really need to care about what other people think that much and I can just do whatever makes me happy.’”

As a self-proclaimed carnival junkie, Davis brings a grunge and clown aesthetic to Jester Minute, a name that echoes the fact that he’s often telling people he will be ready in “just a minute.” He turns to YouTube and friends for help with makeup, to his past experience in acting and clowning for his comedic performance, and to his roommate for fabulous photos of Jester Minute in all her glory.

The process of becoming a drag artist was a “slow burn” for Davis. At first, he says, he thought he would just post pictures of himself in drag on Instagram. This, despite being a theatre kid who enjoyed the stage.

“At first it was really a hard ‘No’ for me but over the past year as I have grown as a person, and also just, like, gotten more comfortable in myself and with drag -- it's sort of like every few months I open a new door, per se, to be OK putting myself out there more,” he said.

The event, a fundraiser for Vancouver’s Queer Arts Festival, will be hosted by drag superstar Gia Metric and ticket prices are pay-what-you-can.