'This is a broken promise': Liberal MLA calls out NDP over ride-hailing 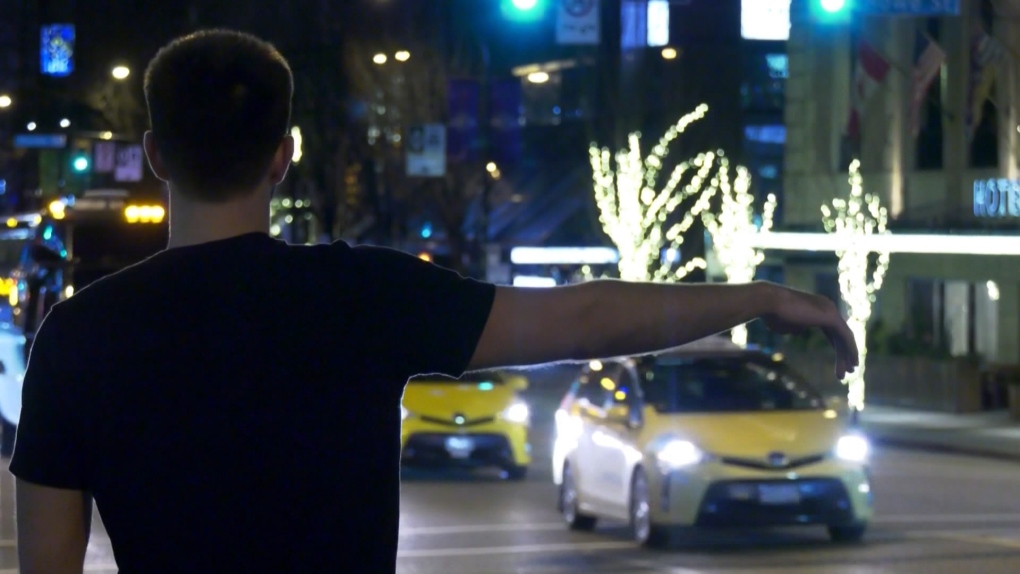 It's Christmas, and ride-hailing is still not operational in British Columbia, despite promises that it would be by now. (CTV)

VANCOUVER -- It's Christmas, and ride-hailing is still not operational in British Columbia, despite promises that it would be by now.

As New Year's Eve approaches and the ongoing struggle to find an available cab after a night out continues, BC Liberal MLA Jas Johal is calling out the provincial government.

Transportation Minister Clare Trevena spoke to reporters earlier this month and said she was confident it would be here by now.

“I’m very confident we are going to get ride-hailing by Christmas,” Trevena said at the time.

We now know that didn’t quite work out, so Johal is calling out the NDP.

"This is a broken promise," the opposition MLA said. "The NDP had promised ride-hailing by the end of 2017. It's absurd that we are now still talking about ride-hailing and yet we are on the verge of New Year’s Eve – when people are going to be out needing rides – and we are probably not going to have ride-hailing on New Year’s Eve either."

Johal may be right. While the Passenger Transportation Board gave the green light to the ride-hailing company Whistle last week, the company is only launching in Tofino, to begin with, and not until the new year.

“We want to make sure that we have enough of a driver team and a launch team to meet the demand,” said Whistle founder Dylan Green.

After their launch in the new year in Tofino, the company will launch in Whistler, Pemberton, Squamish, and Ucluelet.

The transportation board has not said when other applications may be approved, so for the remaining applicants it is still a waiting game.

With New Year's Eve just six days away, it is likely Vancouver will ring in another new year without ride-hailing. Both Uber and Lyft – the two largest ride-hailing companies in the market – have said it will take them at least some time after receiving PTB approval before they can begin operations.

“On New Year’s Eve, there's going to be people looking for taxis," Johal said. "They are going to wait hours upon hours and they may get nothing."