'They work at night': Someone is distributing white supremacist flyers in East Van 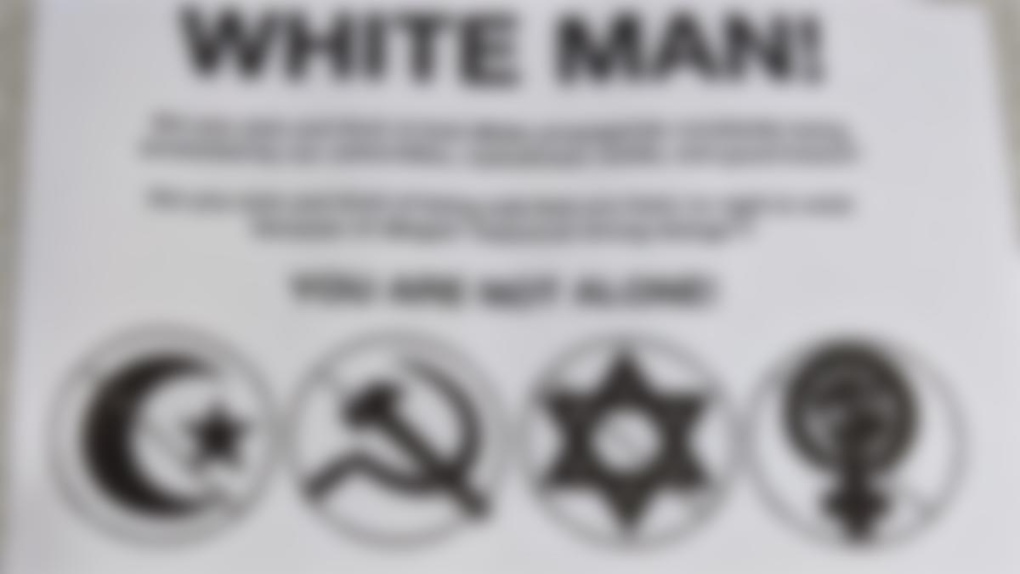 Police are investigating after someone distributed hateful flyers in East Vancouver over the weekend. (Twitter)

VANCOUVER -- Police are investigating after someone left white supremacist recruitment flyers at a number of East Vancouver homes over the weekend.

Authorities confirmed they're aware of "disturbing flyers" that were distributed in the Killarney neighbourhood, and said the Vancouver Police Department's hate crimes investigator is looking into what happened.

The flyers call on white men to organize against a number of cultural and racial bogeymen – a message that was alarming to people who live in the diverse neighbourhood.

Some flyers were apparently also distributed to homes in the Renfrew-Collingwood area. One woman said a flyer was left at her front gate sometime between 9 p.m. and 11:30 p.m. Saturday night.

"It was very upsetting to see," said April, who did not want her last name published due to safety concerns. "It's creepy that they work at night."

April said she saw the same flyers at several other houses nearby. She told CTV News she's planning to contact the neighbourhood's MP and MLA to inform them about what happened.

"It's unsettling to see outright propaganda in our own backyard," April said. "I don't know what (the people who distributed the flyers) are capable of."

"I don't think that was a coincidence," she said.