These children's books were recalled by Health Canada for possible mould 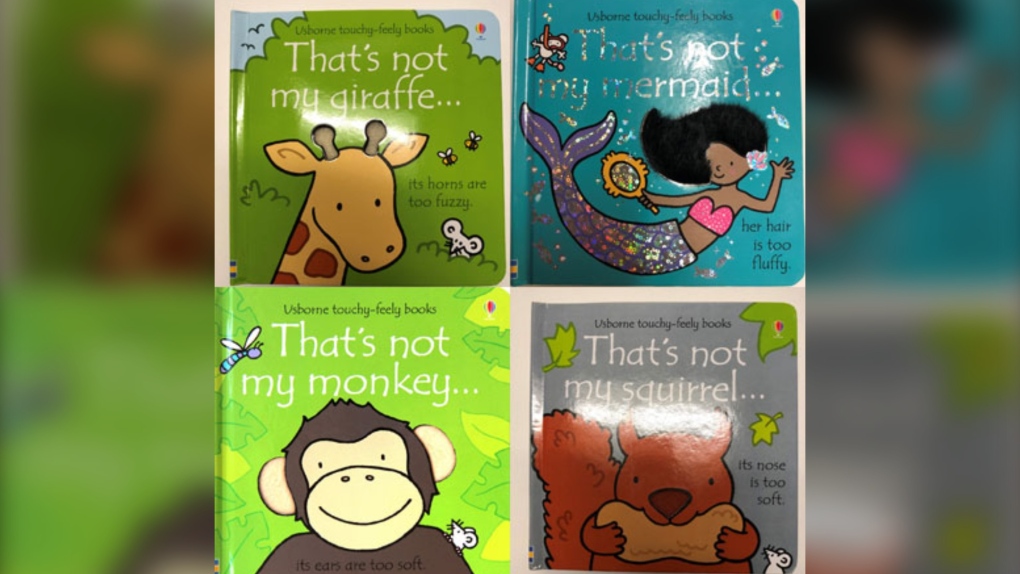 A series of children's books has been recalled because of possible mould, Health Canada is warning.

VANCOUVER – A series of children's books has been recalled because of possible mould, Health Canada is warning.

The books have half die-cut pages with tactile elements.

While 1,367 of the affected books were sold in Canada between July and September 2019, Health Canada says there haven't been any reported incidents in Canada or the U.S.

Even so, anyone who has these books with specific batch numbers is advised to take them away from children and return them for a full refund or credit.

The affected batch numbers, which can be found on the bottom left hand corner of the book's back cover, are:

"That's Not My Mermaid":

"That's Not My Giraffe":

"That's Not My Squirrel":