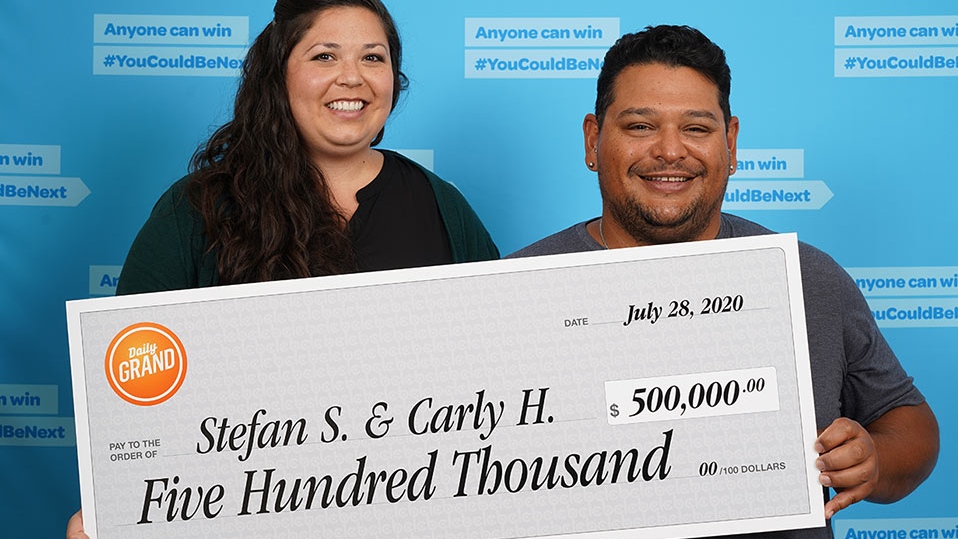 VANCOUVER -- A B.C. couple says they'll be using some of their newfound fortune to spoil their cats.

Stefan Steinebach and Carly Higo won a lump sum of $500,000 in a Daily Grand draw earlier this month. The Langley, B.C., residents matched five numbers to win the game's secondary prize, which is $25,000 a year for life.

Their ticket was one of two secondary prize winners. No one won the primary prize of $1,000 a day for life.

They say they found out when they checked their tickets on the B.C. Lottery Corporation's app.

"We were in the kitchen, and had to check again because we just couldn't believe it," Higo said in a news release sent out by BCLC Wednesday.

"We were feeling mainly shock and disbelief when we found out."

As for what they'll do with their winnings, they plan to use most of the money to go towards buying their dream home one day.

But for now, "We already spoil our fur babies, so we'll probably spoil them even further," Steinebach told BCLC.

"We'll probably go out and buy the best scratch post money can buy, because there's nothing like spending some money on something they'll scratch the hell out of."

The couple says their cats have destroyed a few scratch posts already, but the next one will be, as described by BCLC, "nothing short of the Rolls Royce of scratch posts."