Tents being removed from homeless camp in Vancouver park

Tents being removed from homeless camp in Vancouver park 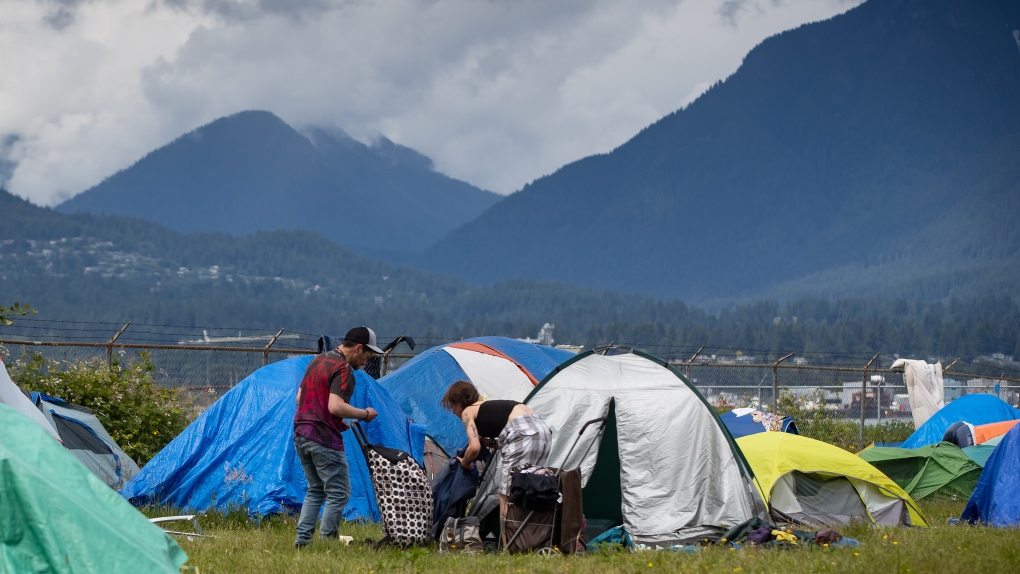 People are seen outside a tent at a homeless camp on Port of Vancouver property adjacent to Crab Park, in Vancouver, Saturday, June 13, 2020. (Darryl Dyck / THE CANADIAN PRESS)

Part of a downtown Vancouver park is being temporarily closed as staff remove tents and other structures.

The tents are being removed as staff enforce a bylaw restricting structures from being in CRAB Park, on the Vancouver Harbour waterfront just north of the Downtown Eastside.

Donnie Rosa, the parks board general manager, says staff have been able to move some people camping in the park, but roughly 45 have refused to leave.

Rosa says there are indoor housing options available for those currently camping in the park and they have until Thursday at 10 a.m. to leave.