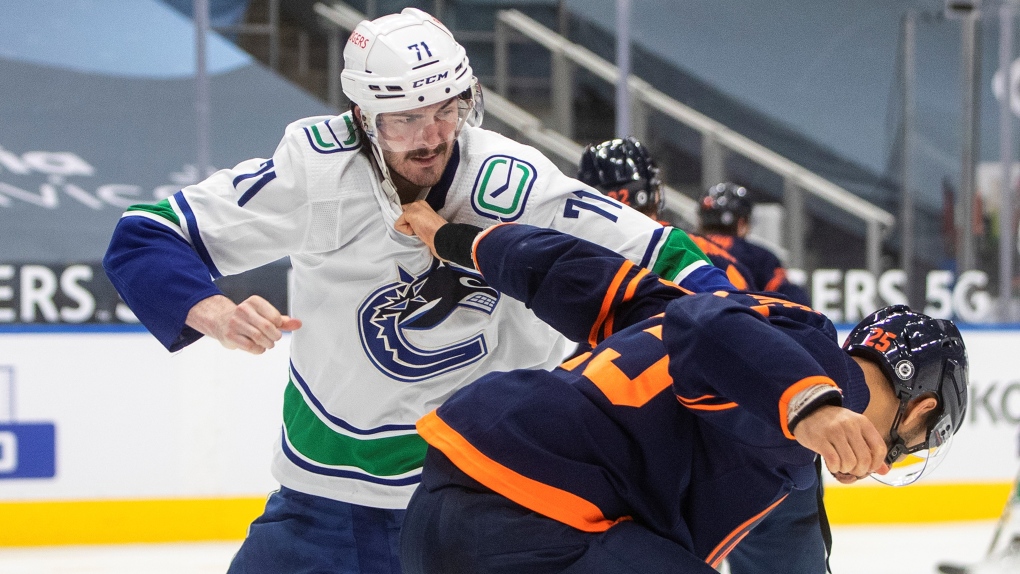 The NHL's department of player safety announced the discipline Friday, saying in a video that MacEwen “directed a deliberate knee” at Nurse's head in Vancouver's 6-3 win over Edmonton on Thursday.

Nurse hit MacEwen in the neutral zone midway through the second period and the Canucks' forward caught the defenceman in the face with his stick as Nurse fell to the ice. MacEwen then clipped Nurse in the head with his knee as he skated toward the Vancouver bench.

Player safety said in the video that the move was “simply unacceptable” and “not a hockey play.”

MacEwen was handed a four-minute double minor for the high stick and was repeatedly cross-checked by Nurse when he was released from the penalty box. Nurse was then called for slashing.

The suspension is MacEwen's first in his 50-game NHL career. He will also forfeit US$7,112.07 of his salary, with the money going to the Players' Emergency Assistance Fund.