Suspect with creepy mask sought after armed robbery in Abbotsford 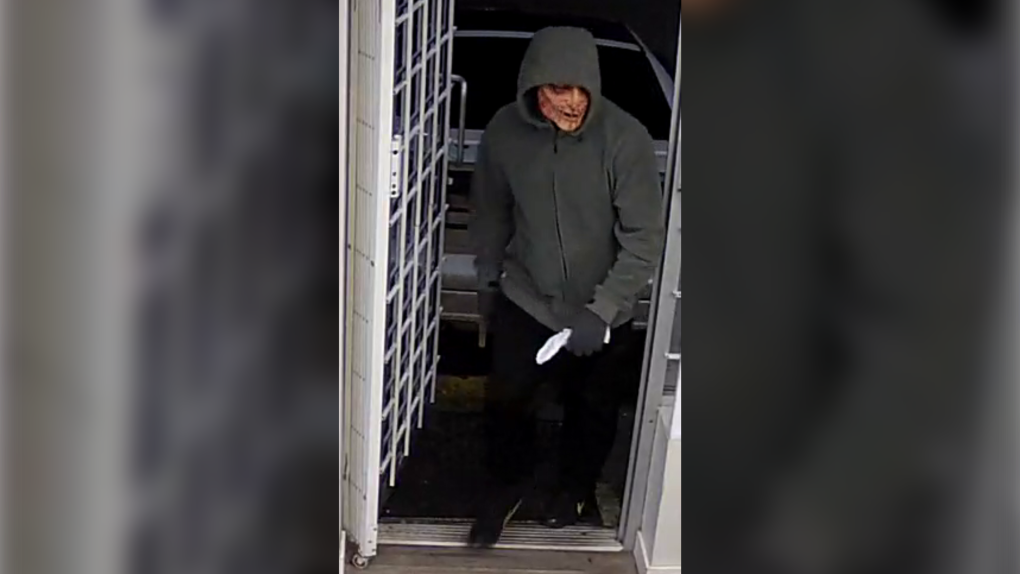 Police say a man in what appears to be a Freddy Krueger mask robbed an Abbotsford marijuana dispensary at gunpoint on Feb. 18, 2020. (Handout)

VANCOUVER -- Police are on the lookout for a suspect who wore a creepy mask during an armed robbery in Abbotsford this week.

Authorities said the robbery happened around 8 p.m. Tuesday, when a man walked into an unlicensed marijuana dispensary on Clearbrook Road, pulled out a gun and demanded cash and drugs.

Sgt. Judy Bird of the Abbotsford Police Department said the suspect was wearing what appeared to be a mask of Freddy Krueger from the "Nightmare on Elm Street" horror movie franchise.

A few witnesses remained at the scene and talked to investigators, but others who were in the store during the robbery left before officers arrived. Police are asking those individuals to come forward and help with their investigation.

Authorities are also looking for the driver of a white Dodge minivan that was seen leaving the parking lot outside the dispensary "in a rush" around the time of the robbery. Bird said the vehicle was almost involved in a collision while exiting the lot.

"We're just trying to figure out what connection, if any, that minivan had to the robbery," Bird said.

Anyone who witnessed the incident or has dash cam video from the area at the time can contact Abbotsford police at 604-859-5225.