VANCOUVER -- Surrey’s mayor is driving around a city-owned vehicle and getting a taxpayer-funded car allowance at the same time — an arrangement that has one city councillor calling for an ethics investigation.

The mayor’s office said Doug McCallum uses his $14,580 annual car allowance to repay the city for any car costs like insurance and gas, but didn’t provide details.

That leaves too many questions about what kind of arrangement is in place to buy or lease the $46,000 Buick SUV from the city, or explain whether the mayor is getting any unfair deals on gas, insurance or maintenance from city workers, said Coun. Jack Hundial.

“You have city resources used to cater to one individual. The ethics commissioner should pay attention to this one,” Hundial told CTV News. “It sickens me when I think about the mayor going around like he owns this town.”

Questions started to be raised about exactly how taxpayers were footing the bill for the mayor’s transportation when a photo was taken at the City of Surrey’s works yard, showing McCallum apparently filling up his vehicle.

“That was odd,” said Bob Bose, who was Surrey mayor from 1988 to 1996. He filed a freedom of information request to find out if the mayor was paying for the gas he was apparently getting.

That request showed that the 2019 Buick Envision was owned by the city — the first time anyone knew the city had purchased the car for the mayor's use, he said.

City policy hands out car allowances for Surrey’s elected officials: $7,435 for each councillor, and twice that for the mayor, at $14,580.

“In my view he should either have a car allowance and drive his own vehicle or he should be given a city car with all of those expenses covered by the city, but not some combination,” Bose said. 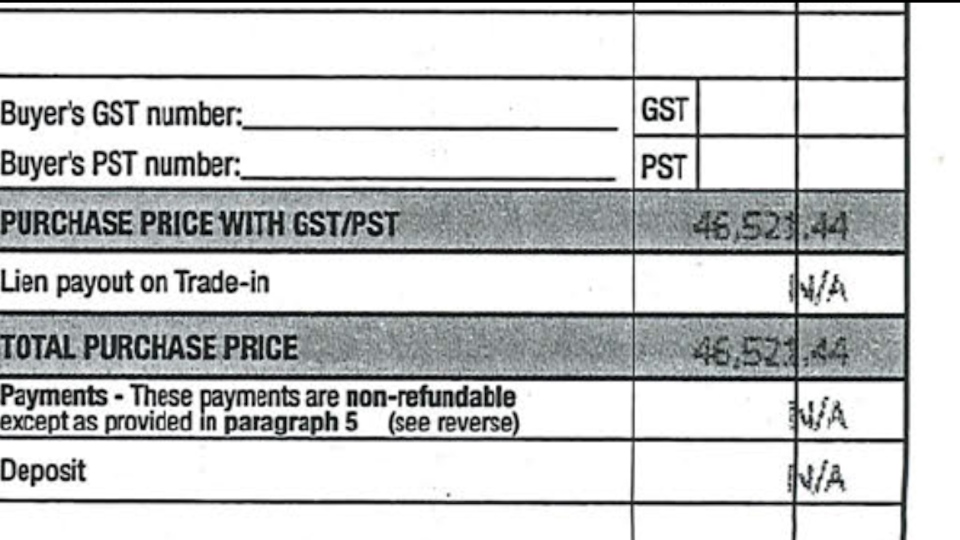 The mayor’s office told CTV News that last year McCallum paid the full $14,580 back to the city, and was also on the hook for other costs. The mayor’s office said any details of the agreement, and the payments, would have to be revealed through another FOI, which could take weeks.

Hundial said he's worried the mayor is benefitting because because he doesn’t have to finance or lease his car like other people. He’s concerned that city staff have to spend extra time sorting out the mayor’s car payments that they don’t have to spend with councillors’ cars.

And he’s concerned that the mayor is getting a discount on gas or insurance as well, because the city gets a cheaper rate when it buys in bulk.

McCallum has yet to answer questions about another apparent financial arrangement with Surrey Coun. Allison Paton, which was discussed on a video when police attended her naturopathic clinic after a dispute.

In Vancouver, the mayor gets a $600 monthly car allowance, or about $7,200 a year. Staff there said there’s no vehicle provided by the city.

Richmond staff told CTV News that Mayor Malcolm Brodie drives his own vehicle and gets a car allowance.