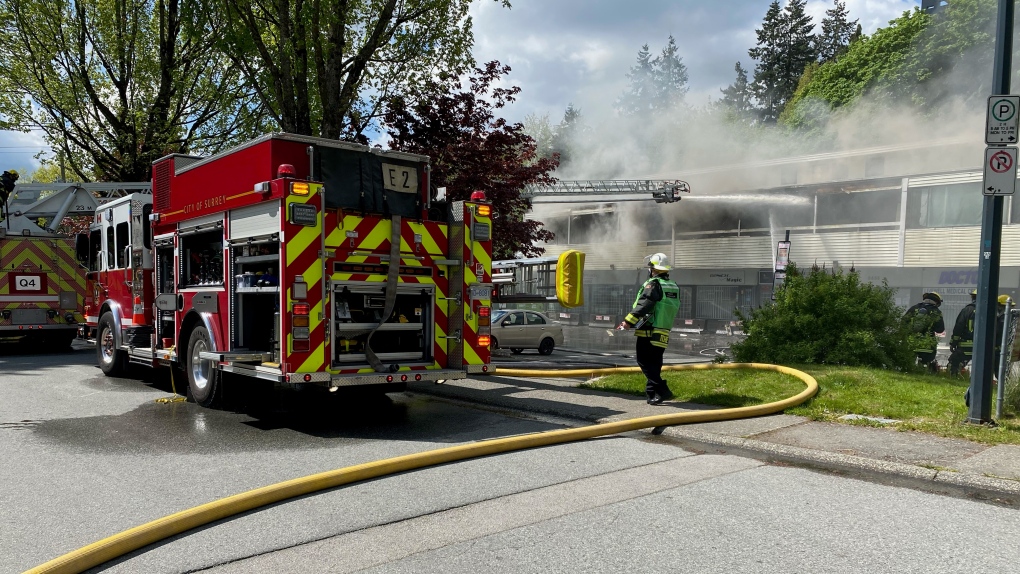 A fire broke out at a mixed residential and commercial building in Surrey on 138th Street near the Fraser Highway on Monday, May 10, 2021. (CTV News Vancouver/Jordan Jiang)

Smoke and flames could be seen coming out of the windows of the two-storey building, which contains both residential and commercial units.

Although no firefighters were injured, but one person was sent to hospital.

“A civilian has been transported to the hospital with unidentified injuries,” Morris said.

The bulk of the fire was on the second floor, according to Morris, and the fire remains under investigation.

Although the fire was knocked down before 1 p.m., Morris said that crews would be remaining on scene for the afternoon to go through the debris and extinguish any hot spots.