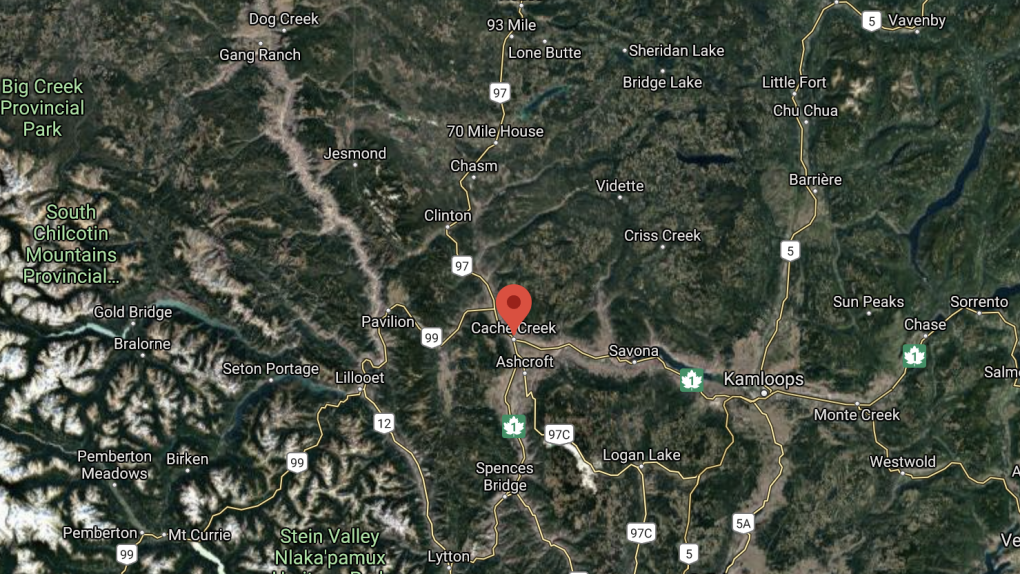 A state of local emergency has been declared in Cache Creek, British Columbia, as a powerful river threatens to breach its banks. (Google Maps satellite image)

CACHE CREEK, B.C. -- A state of local emergency has been declared in Cache Creek, British Columbia, as a powerful river threatens to breach its banks.

Wendy Coomber of the local emergency operations centre says the declaration empowers the village to deal with some of the bank erosion damaging municipal infrastructure.

British Columbia's central Interior has already been the subject of several flood warnings this season, including in Cache Creek.

About 175 properties along the Bonaparte River corridor in the village were put back on evacuation alert Thursday.

Water levels have since stabilized but Coomber says they could rise again, although the BC River Forecast Centre and Environment Canada say skies should clear and water levels should drop by early next week.

She says in a statement that heavy equipment is operating at the north end of town to protect a sewer line, as well as at a downtown bridge.

“We want all of our residents to stay safe and dry,” she said Friday.

This report by The Canadian Press was first published May 22, 2020.