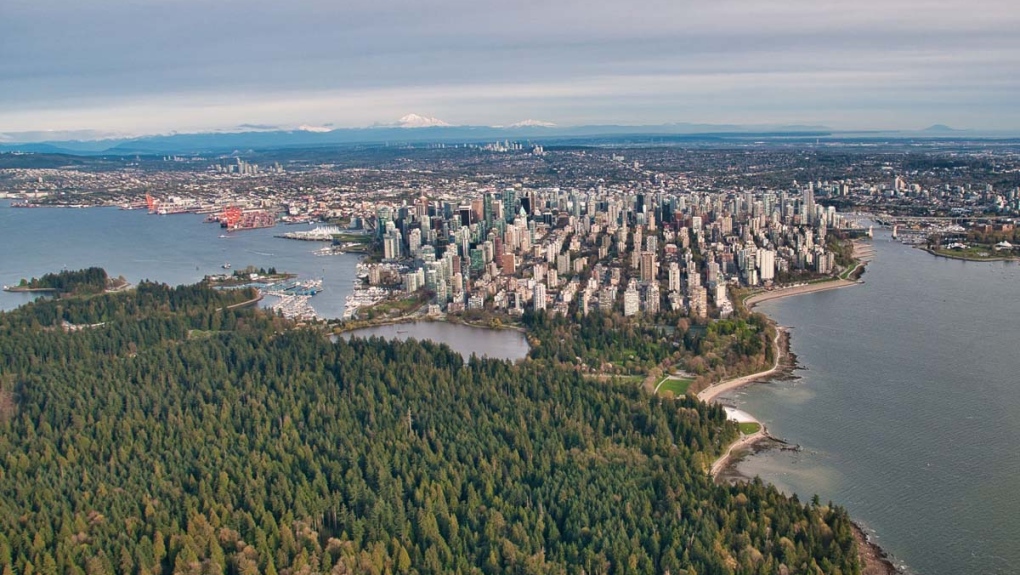 Stanley Park and the Vancouver skyline are seen from above in spring 2019. (Pete Cline / CTV News Vancouver)

VANCOUVER -- Police are investigating after a body was found in Vancouver's Stanley Park.

Officers said they were called to the park around 6 p.m. Wednesday for what the department described as a "sudden death."

The death occurred on one of the trails, police said in an email to CTV News Vancouver.

The BC Coroners Service and the Vancouver Police Department's coroners liaison unit are investigating as well.

This article will be updated if further information becomes available